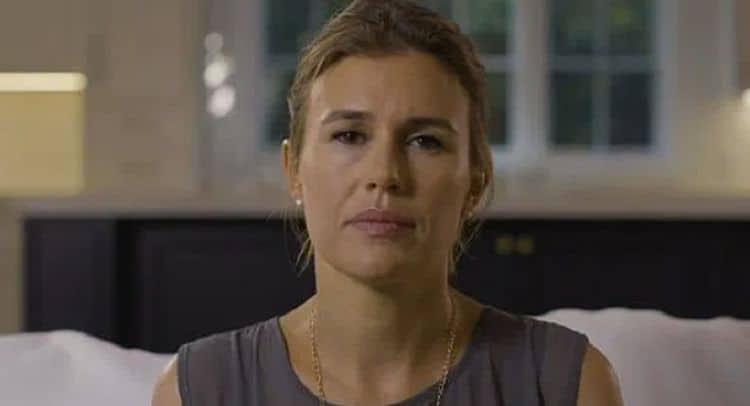 Alexandra Zarini is the kind of woman who you think has it all going for her. She’s the heir to the Gucci fortune. Gucci is a high-end designer brand that sells their shoes, bags, and other accessories for high prices to the wealthy. The Gucci double G is a status symbol in and of itself, and she is the woman who is going to inherit the entire company and brand and fortune that goes along with it. She’s got a charmed life, right? Wrong. The heiress recently opened up about the fact that she was sexually abused as a child, and her life has been nothing like the fairy tale that everyone wants to believe it is. Here’s what you want to know about her.

1. She’s The Great Granddaughter of the Founder of Gucci

2. Her Mother is a Gucci

3. Her Mother Married When She was Older

Her mother had her when she was young, and she then married Alexandra’s stepfather, Ruffalo. She came out in 2020 and accused her stepfather of sexually abusing her from the time that she was six until the time she turned 22. She is currently 35. According to documents she filed recently in California, he would get into her bed at night and touch her.

4. The Abuse Took a Toll

Obviously, of course. No one is sexually abused as a child and does not have a difficult time in life. She turned to drugs to cope with what was going on in her life, and she had a hard time because of it. She used drugs heavily to dull the pain of being sexually abused, and so many people do that when things happen to them that cannot be changed.

5. She States Her Family Knew

It’s one thing to have a stepparent sexually abuse you for nearly 16 years of your life, but she also states that her own mother knew. Not only did her mother know, but she also states that her own grandmother knew. She states in her complaint that her mother would often high her and attempt to strangle her, and then her stepfather would make it stop and then molest her. She says her mother knew and even facilitated this at times, and that she told her grandmother when she was only 16. She claims her grandmother told her not to tell anyone else what was going on.

6. Her Stepfather Denies Abusing Her

Her stepfather has come out and said that he did not touch or abuse his stepdaughter in any capacity at any point in her life and that he is completely innocent of all wrongdoing. Her mother also came forward and said that she did not know that this was happening, but that she did know about it as of 2007. That’s 13 years ago, which would make it seem that she found out about her daughter’s abuse at the hands of her own stepfather when it came to an end at the age of 22.

7. Her Mother Divorced Her Stepfather

When her mother found out her daughter was being sexually abused by her own husband, she divorced him. She knew as of 2007 and ended their marriage when she found out, though her daughter said she knew for many years before. Nothing was done about the abuse, however, but the heiress has decided to come forward now to make sure that the world knows that they need to stop this and that they need to protect the children. We are with her on this one.

8. Her Mother’s Life is Tumultuous

Her own mother had a difficult childhood. Patricia is the daughter of Aldo Gucci and his wife, Bruna Palombo. However, her father did not marry her mother until Patricia was 24. Her mother, Bruna, worked for a Gucci store when Aldo met her and began an affair with her. He was already married with three boys of his own, and he got Bruna pregnant. He did not acknowledge his daughter at all because adultery was illegal at the time. However, he began to acknowledge her when she was 19 and he put her on the board for the company.

9. She Doesn’t Have Social Media

Alexandra does not have social media of her own, so it’s hard to learn about her. We don’t know much about her personal life. She doesn’t talk about it or share it. But, of course, she had a hard life, and we get that. She doesn’t want to.

10. The Gucci Family Has Skeletons

Going through their family history and the many things that happened over the course of the years, it’s clear this is a family with many skeletons. From the secret of sexual abuse against a child, from illegitimate children and illicit affairs, there is a lot going on here. It’s a lot to unpack.