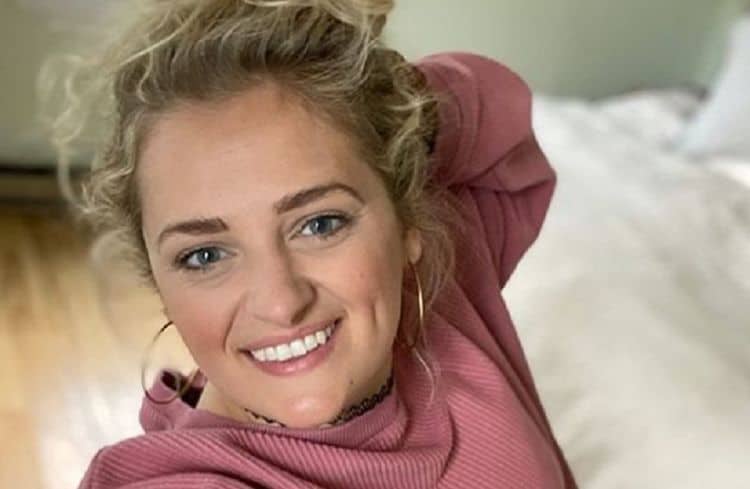 Saying life isn’t fair is all too easy since to many of us it might seem that way but at least we’ve got the means to move around as we please and enjoy a rather mobile life. But honestly being paralyzed from the chest down doesn’t seem to stop Ali Stroker at all when you really take a look at her career. This woman deserves to be called brave, determined, and a whole lot more since she’s done something that a lot of us can’t seem to do with a working set of legs on an average day, she’s kept moving forward and made her life what she wanted it to be and hasn’t sat back complaining about how where she is has prevented her from where she wants to be. That’s incredibly impressive since quite honestly she’s spent all but a couple of years in a wheelchair and yet for all that the limitations she has have never seemed to dictate just what direction her life has gone in.

Here are a few things you might not have known about Ali.

10. Ali was in a car accident when she was 2 years old and suffered a spinal injury.

Remember what I was saying about life not being fair, well, kids unfortunately are not excluded from this since they too can be affected by anything and everything just as much. While this might have seemed tragic to anyone, and it is in its way, Ali has made a life despite this accident and has worked with her infirmity, not against it.

9. In 2009 she became the first student in a wheelchair to graduate from the New York University Tisch Drama Department.

One thing that some folks don’t seem to understand when it comes to being a paraplegic is that your mind isn’t affected like the rest of your body, at least not in the sense that you can’t think for yourself and learn just like anyone else. Ali’s mental functions are just fine and as such she’s been aware of what she wanted to do with her life for years now.

8. She was also the first actress in a wheelchair on Broadway.

There are obviously a few things in any production that she might need help with if there were props or terrain being used that would require some modifications, but otherwise there’s not much, apart from a few actions, that she would be excluded from. Thus far she’s been a welcome and treasured addition to the stage.

This is a bit personal but of course it’s what people want to hear and want to know about all the same since it gives them a little more insight into the character of a person, or so they tell themselves.

6. She’s been a very charitable person in her life thus far.

One thing about people that are subjected to life-altering injuries is that there’s usually one of two ways that they go, and it’s usually nice to see when they become more understanding and caring about others and their needs. Since she was so very young when her accident happened it’s kind of obvious that Ali’s ability to empathize with others has had a lot of time to expand and mature.

She’s still relatively young though it is a question what her lifespan will be like as she grows older. There’s nothing to say that she won’t lead a long and healthy life since she obviously takes care of herself, but with injuries such as hers that occur at a young age it’s still hard to tell. So far though she seems to be doing quite well.

4. She holds a national record in wheelchair racing.

She acts, she sings, she’s a decent person, and she races. That’s a truly impressive resume all on its own since she’s obviously a very active person and doesn’t like to sit still all that often. There’s a lot to be impressed with when it comes to Ali.

3. Ali does have a noticeable presence on social media.

She does have enough followers to be noticed but not so many that it would make her a superstar. She’s famous and she enjoys what she does so that seems to be a big success all on its own.

2. Her net worth is still under review it sounds like.

As you might guess her net worth is bound up in whatever she’s done as an actress, and she’s had several roles that have established her as a real talent over the years, so it’s fair to say that her net worth might be pretty substantial.

1. She is an award-winning actress.

As Kaitlin Riley of Refinery29 tells it she’s the first wheelchair-bound recipient of a Tony award. She has put in her time and she has reaped the rewards, and they’re well-deserved to be quite honest.

It’s very easy to be impressed, and rightly so.