Home
Sports
Alright, We Have to Share This Age 53 Mike Tyson Training Video 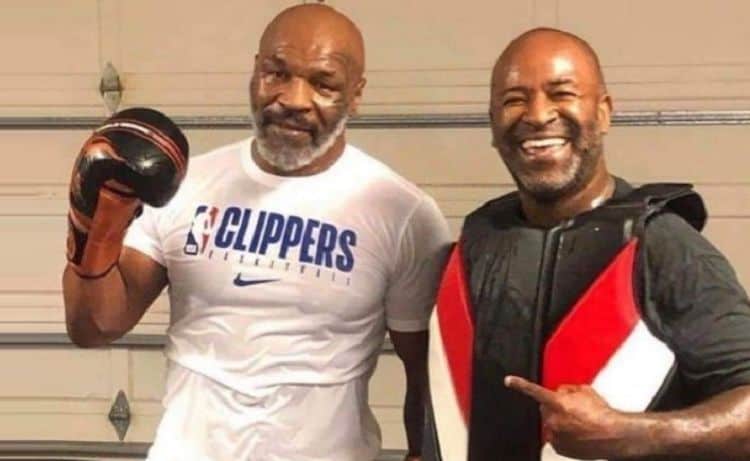 Hey, Rocky Balboa did it in the movies when no one thought he could possibly make a comeback, and the movie made it somewhat realistic since despite what people want to think, coming back to a sport like boxing once you’ve been out for so long isn’t always possible. The reasons for a boxer to bow out are plentiful, not to mention that sometimes there’s no other choice. Some boxers become ‘punch drunk’ which essentially means that they’ve suffered enough nasty concussions that they’re basically no good in a fight any longer as they can develop the shakes, their motor skills might be limited, and their cognitive abilities might have gone right out the window. As Jeremy Dick of MovieWeb and many others are currently showcasing, Tyson has no such issue when it comes to his health, and he’s looking about as good as he’s ever looked in his life as his punches are quick, hard, and look as though they could level a younger boxer if they connected. The only issue that can really be pushed is that he might not have the same stamina as he did when he was younger. That’s to be expected of someone in their 50s however, as the body doesn’t improve as a person gets older, it tends to break down instead as muscles go soft, motor skills become slightly impaired, and even thought processes start to slow down a bit. Tyson is also one of those that people might believe would be worse off since he’s had a couple of health-rending habits throughout the years that might have hampered him.

In the video though it’s pretty obvious that he’s still in fighting shape and that the workout regimen he’s been on lately has been working. It’s easy to think however that a person can return to old habits that kept them strong and in decent to superior shape if they try, but as it’s seen when pro athletes retire there are a lot of times when said individuals just don’t see the point any longer when it comes to staying in prime shape. Once retirement hits a lot of pros might see it as a time to just kick back and not entertain a grueling workout schedule any longer, which makes sense if they’re no longer on the field or in the ring. But obviously Tyson fell back into the habit of staying in shape as he’s thinking about taking on charity bouts at this time and fighting three to four round fights. Allen Kim of CNN has more to say on this topic. For all the cardio and strength training he does one has to keep in mind that it’s likely that he’ll run out of gas somewhere in the third or fourth round unless he’s lucky or finds that he relies on more strategy than power as he did back in the day.

Back in his prime Mike Tyson was an absolute monster of a fighter, as he was the kind of guy that other boxers were right to be tentative towards or were forced to eat crow when they figured out just quickly one of his punches could put them down. Of course, following the moment he decided to snack on Evander Holyfield’s ear he became something of a running joke and has been for a number of years. Nick Parkinson of ESPN could attest to this in his own words. He’s still been held in high regard by quite a few people for his boxing skills, and rightfully so since he’s still one of the baddest men on the planet and could possibly give younger boxers all they could handle and more in the early rounds. Just watching the video makes it clear that he’s not someone to be taken lightly since he can still bang and could likely take on the younger talent for a while before finding himself on the receiving end. Before that point though he would be able to dish out some serious pain and keep his opponent on his toes, and possibly on his heels if he was smart enough to keep pressing the attack. But given that he’s more interested in fighting for charity at this point than anything else it’s likely that he’d keep things interesting for a while and not go too hard unless his opponent had a lapse of judgment and insisted on going as hard as possible.

There are plenty of us that are far younger than Tyson that wouldn’t even think about trying to go hard with this guy since he’s still pretty solid as this clip shows and his punches would likely do some serious damage to those that aren’t ready for them. It’s kind of hard to see Tyson ever returning to the big time and taking on top contenders again, but that discussion is probably best left for later, after seeing what he does to an opponent for charity.