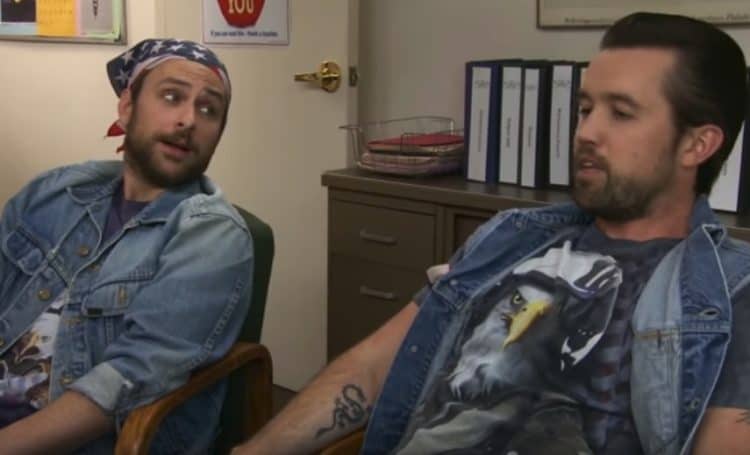 It had to be assumed that one show or another would be taking on the idea to highlight current events, and the Always Sunny in Philadelphia cast is obviously up to the challenge. As Kevin Burwick of TVWeb has stated the show did take on the issue of quarantine in an earlier season, but given how long it’s been since season nine it might be that the crazy factor will be greatly increased for a season fifteen if and when it ever happens. Right now waiting on TV shows and movies to get going again is proving to be a test of patience and resolve for a lot of people, but while many actors are ready to get back to work and the audience is ready to see their favorite pop culture icons again there are still several safety protocols that need to be followed in order to insure the safety of everyone involved. Once they are allowed to get back to work however it feels safe to say that the cast of Always Sunny will be able to put a spin on the quarantine that will keep people laughing in a big way and keep the show’s popularity on the level or bound to rise as it’s done throughout the years.

Like pretty much every show Always Sunny isn’t exactly for everyone since it does appeal to some people and not to others, but it’s maintained a steady level of fame for quite a while. In fact since Rob McElhenney brought it up in an interview as to how long he’d like to keep doing the show it does feel as though his response deserves a response in turn. When he stated that he would do the show forever if he could since people still enjoyed it the answer was accurate enough since people do still care a lot about the show. If a season 15 doesn’t develop it might be kind of a sad time for fans, but if it does then it will be welcomed with open arms. One of the biggest reasons that anyone walks from a show however is that it’s not worth the effort any longer if the ratings aren’t there. There are plenty of other reasons to be certain, but one fact is hard to deny about any show, eventually they all end for one reason or another. The actors get too old, the premise is no longer as exciting, or there just aren’t enough people that are still interested. It’s difficult to see anyone not being interesting in Always Sunny at this point since it’s had an incredible run for so long, but one way or another every show does have to end eventually.

It’s kind of uncertain if there will be a season fifteen at this time but of course a lot of people are hoping for it since they’re not ready for the show to go away just yet. How long it will last would be simple if asking McElhenney, since he’s not about just up and leave. As of right now the country is still trying to get going again and as a result it’s likely to have a continued effect on the entertainment industry in the form of keeping a lot of projects from moving forward as quickly as they’d like. But Always Sunny isn’t bound to be the only show that’s going to tackle the idea of the coronavirus and the quarantine that came with it, but they will probably be one of the funniest. Anytime anything such as the pandemic happens in the world there are certainties that can be counted on when it comes to the people that live through them, and making reference to them in pop culture is one of those certainties since if it happens to people and it’s something that is bound to catch the attention of the fans, then it’s going to be used as material for a story.

Whether or not it’s going to be in good taste is kind of up to the fans to decide on their own since really the idea of what’s acceptable and what’s not with this current pandemic is kind of hard to figure out. On one hand there are subjects that might be wise not to bring up and lines that shouldn’t be crossed, but when it comes to comedy there’s so much that continues to remain fair game that some folks are bound to be up in arms about it while others will accept it as amusing or hilarious and move on. The big question though is if we’re going to see a fifteenth season from the show at this point, though a lot of people are probably keeping their fingers crossed and hoping for the best, since not a lot of folks are willing to let go just yet. Jeff Sneider of Collider has more on this.