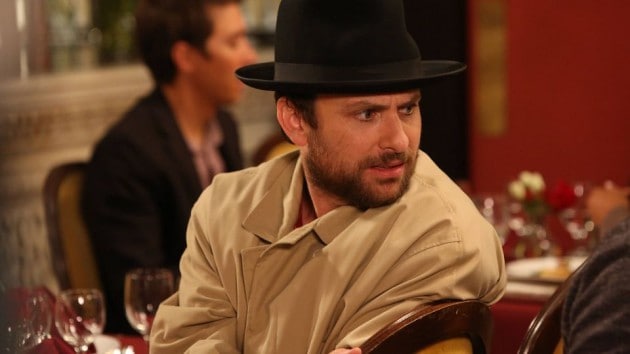 Last night’s episode of It’s Always Sunny in Philadelphia was a perfect example of what a cable show can do when they don’t have as strict of guidelines to follow. A double entendre that would have never been allowed on a network show drove the plot, as Charlie and Frank misunderstood what Dennis and Mac were plotting, leading to one of the most hilariously inappropriate conversations on the show. At the same time, Dee tried to prove that she had something to contribute to the group, not realizing that she was simply being used by Dennis and Mac. The result was a solid episode with a lot of laughs, though not as good as some of the more ambitious episodes this season.

Everyone in the gang wants to feel important and included in whatever crazy scheme they happen to come up with. While this is true for everyone, it holds true for no one more so than Dee, who is often the butt of the gang’s jokes in pretty much every episode of It’s Always Sunny in Philadelphia. Even though Dee often seems like the most sane person in the group, she clearly has issues, too, and despite her actually being related to Dennis and Frank, she is the one who is treated the worst by the group. They are constantly putting her down and taking her for granted.

When the opportunity presents itself for her to contribute to their latest scheme (spying on the Chinese fish factory across from the bar), she jumps at the opportunity to help. The group may not value her, but that does not stop her from wanting to prove herself to be a valuable member of the gang. I honestly believe that if Dee took herself away from the toxic environment of the group, she would be able to find success. The craziest thing about her is that she doesn’t recognize how toxic that environment is and wants to be a part of it.

Obviously, there had to be a reason why Dennis and Mac asked Dee to help them spy because they would never pick her to help without an ulterior motive. Turns out that they don’t actually care about the spy mission; they simply want to get rid of her because she’s in the way. The boys had been staying at Dee’s house after their apartment burned down and wanted some privacy. Knowing that she would be excited to be included in the made-up spy mission, they used it to get rid of her. Once again, they don’t actually care about Dee; they’re just using her as a means to their own selfish end.

Dee being Dee ends up failing miserably at the mission, injuring herself in the process, but still proud that her injuries helped to shut down the factory for a few days. However, as soon as she is no longer useful to them, the gang no longer cares about her struggles, leaving her in the hospital by herself. You want to feel bad for Dee, but at the same time, watching her try so hard and fail can be so hilarious.

The desire to be included also drove the rest of the plot, as Charlie and Frank, upset that Dee was chosen over them to spy on the Chinese, decide that they will spy on Mac and Dennis to find out what they’re really up to. Their misunderstanding of Mac and Dennis’ true intentions provide most of the laughs in the episode, as they were able to play on the double meaning of a phrase in a hilarious way that they could only get away with on a cable network like FXX.

– The gang not recognizing the waiter that they have terrorized in the past.

– Along with that, the gang continuously trying to order Snapper fish, even though the restaurant is out of fish.

– Charlie spying on Dennis and Mac, who don’t realize he has an earpiece in and is trying to plant a bug.