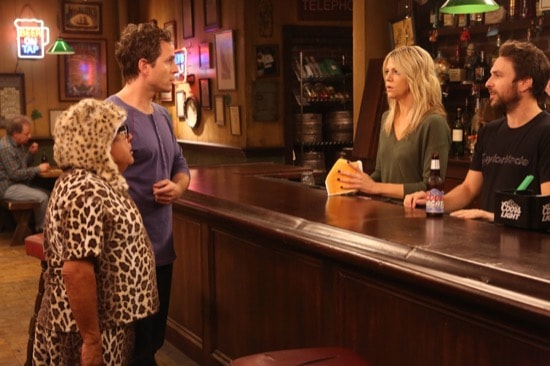 The penultimate episode of It’s Always Sunny in Philadelphia‘s tenth season aired last night, delivering a story that was on par with the previous episodes in this, overall, very impressive season. In this episode, we were made to question what would happen to the gang and the bar if Frank was no longer a part of it. This led to the realization of how important that character has become to the show, despite not being in the first season.

I’ll be the first to admit that Frank hasn’t always been my favorite character, with his gross humor sometimes being a bit too much for me. No one can deny how hilarious Danny DeVito is, though, as he stepped into this role and was literally willing to do anything they asked of him. He’s put on more weird costumes than everyone else in the cast combined and has done some truly fantastic physical comedy throughout the run of the show. So what would happen to the gang if Frank retired from the bar? Unsurprisingly, there would be bloodshed. A lot of bloodshed.

With Frank’s announcement that he was retiring, the gang immediately took action and began discussing who would get his fifty-one percent share of the bar. Dennis, Dee, and Charlie all believed they had claims to it, as they had decided long ago that the first born child of Frank’s would get his shares. For Dennis and Dee, twins who had grown up with Frank as their dad despite him not being their actual father, this meant they should get his shares. Charlie believed that he too has a legitimate claim to Frank’s shares, as Frank might biologically be his father. The three spent the episode attempting to prove why they should get the shares, and therefore have the power, as Mac went back and forth trying to play both sides.

Without Mac, this episode would have fallen flat as he provided most of the laughs by trying and failing to play both sides. Throughout the course of the show, Mac has always been a follower, never wanting to step up and take leadership. In a lot of ways, he’s been Dennis’ pawn, doing whatever is asked of him. Mac has also never been very good at stealth, despite his belief otherwise. So it wasn’t surprising when he immediately revealed his plan to play both sides to Charlie and then Dennis and Dee, having information to give each side and wanting something in return. His other major mishap was giving away the information before getting what he wanted out of the deal. Mac’s blood oath to both sides meant nothing, and it didn’t help that they refused to take him seriously. It did, however, provide comedy in an episode that really needed it.

Mac’s failure to help either side, as well as Dennis’ attempt to take all the power from Dee, led her to plot with Charlie and proved that she was the oldest of the twins, and therefore had full claim to his shares. Throughout the episode, a lot of blood was taken from Frank to prove Charlie’s claim, but none of it was conclusive, giving Charlie no choice but to help Dee if he didn’t want Dennis to have all the power. Seeing Charlie and Dee interact has always been rare, but when it does happen, it’s a lot of fun. They play off of each other well, and in this episode, it was especially entertaining to see Charlie’s confusion at Dee attempting to plot using a stealth accent.

In the end, Frank’s major blood loss resulted in him believing that he wasn’t suited for retirement, and ultimatel, Â he returned to the bar, bringing everything back to normal. But before this could happen, it was revealed that Dennis had been secretly taking an extra three percent of the shares for years, using the name of a made-up child of Frank’s to do so. He was more than happy to put that revelation behind him, as everyone accepted that Frank is the best person to have power over the bar.