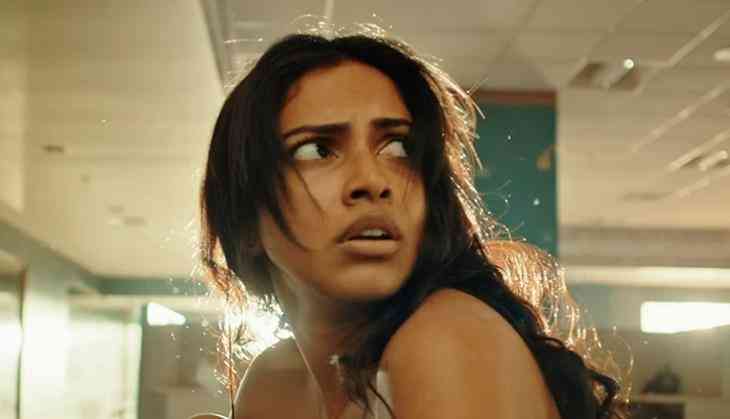 Amala Paul has definitely made a big name for herself in the movie industry in India as she’s come from being almost ready to quit to being one of the top names in the business. There have been a few bumps along the way and she has had to handle a few hurdles now and again but so far it would seem that she’s standing tall at this point and is moving forward. One thing that seems evident is that Indian actors and those from the region are starting to make a big impact in the movie industry and are starting to get noticed far more often. While it might take a while for these films to really break into the American mainstream in a manner that allows them to be commonplace, the fact is that they’ve become something rather impressive in their own right and deserve the credit they receive. Amala is just one among many, but she’s helping to make this possible.

Here are a few things about Amala you might not have known.

10. She’s received death threats in the past for her role in a certain movie.

One thing about critics and fans is that they’re increasingly fickle. A lot of us can attest to this since we’ve been fans at one point or another. As you might have guessed these threats did eventually subside as she continued on with her career and finally started to do something that people could get behind. How quickly they forget, right?

9. Her father was very much against the idea of her becoming an actress.

This is kind of ironic since he was an actor in his own time and her mother was a singer, so one might think that they would want to encourage their daughter to pursue what she felt was natural for her. Eventually her father did relent as she had the backing of her brother, who was also going in to acting.

8. Amala is an award-winning actress.

She’s had a long list of nominations and has won well over half of those as her resume shows. Obviously Amala is doing something right since winning an award isn’t always a matter of greasing someone’s palm, but has a lot to do with merit.

7. She definitely has a strong presence in social media.

Amala does have a couple million followers so it’s fair to say that a lot of people know about her and enjoy following her career as she continues to wow with her talents. Honestly if she’s just the beginning of the wave then it might be interesting to see how her influence changes things throughout the years.

6. The nude scene in one particular movie was shot in front of only a few people.

Apparently there were only 15 people that were present when this scene was being shot so she felt a bit safer and more secure. The director went on to say that he trusted every person on the set implicitly and would not have shot the scene otherwise.

5. She came very close to quitting the film industry at one point.

It sounds as though Amala was simply burning out with the type of scripts she was being given and wanted something a little more dynamic. Obviously she’s still around since she’s trending at this point, so it’s fair to say that she’s found her passion once again.

This goes to show that she’s become very popular and thus very valuable to the people who desire to see her in their movies. This kind of reputation is hard to come by and despite the fact that her net worth isn’t the highest around it could change in the coming years if things keep going the way they are at the moment.

3. She’s been a model for a good part of her career.

Amala has managed to turn her career into something that she can work with and that she can use as her path towards even further fame, though being a model likely had something to do with this since as it is with a lot of actors, modeling seems to be the gateway that allows a lot of people to experience something even greater.

There are times when it seems as though it’s easy to be envious and even skeptical of those that attain wealth and fame at such a young age, but then again it’s just as easy to turn around and be happy for them since they’ve earned their way up.

1. She’s managed to get herself in a bit of legal trouble in the past.

It would seem that Amala has done a couple things in the past that have landed her in trouble, but as far as consequences it’s uncertain just whether she was made to pay them.

She’s a rising star for certain.