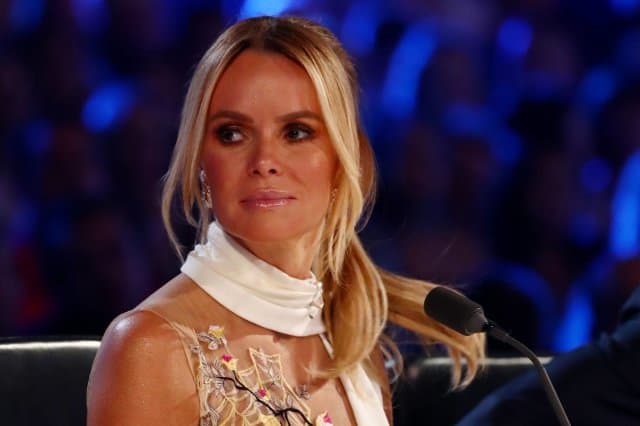 It kind of depends on how much TV you watch as to whether you know about Amanda Holden or not. She’s been around for a while so her name has likely popped up where you’ve seen it a time or two and quite honestly it would be interesting if you hadn’t heard her name by now. While she hasn’t had a perfect career she’s done enough that is worth notice throughout her years in the spotlight and has reaped the benefits of this time and again as you might expect. She’s not the biggest celebrity in the world but honestly it doesn’t seem as though she’s been trying to be that, and what she has done is worthy of attention as well as respect since she’s been working hard to attain the spot she has now. Not everyone is going to be super-famous and not everyone is going to see their level of fame rocket up and maintain like others. But those like Amanda are still able to make people remember them since they do the work and make the effort to be known.

Here are a few things about Amanda you might not have known.

10. She’s done quite a few things with her career thus far.

Amanda has worn a few different hats as the saying goes as she has been a singer, actor, media personality, and judge among other things in her life. And that’s just in front of the camera to be honest since away from the screen she has other roles as a mother and a wife that don’t end once she’s out of the house. She’s a busy and very accomplished woman in other words.

For some people this seems to be a trend when they’re younger and it will go away as they grow up and find that the diet they’ve taken on might be too limiting for their tastes. For others however they make it work and find that there are definite health benefits that they enjoy due to this choice.

8. She was allegedly assaulted by a comedian around 2003.

The comedian wasn’t named and unfortunately what this means is that no charges could be filed. While assault is no joke in such a case it also needs to be documented as much as possible or, unfortunately, the perpetrator can and will go free a lot of times.

7. She’s been a very charitable person throughout the years.

Amanda has done a great number of things to bring public awareness to many issues throughout her career and has gone above and beyond at times in order to make sure that people understand the issues she’s trying to address.

She’s been around for a while as you can see and was shown on Blind Date back in the early 90s. She went on to do much more with her career after this but it’s always interesting to discover just where people started out sometimes.

5. She has suffered through a miscarriage.

This is an unfortunate and very painful instance in a life that men don’t and can’t possibly understand despite the pain that comes from losing a life that was growing inside you. Those women that continue on after such a thing are a great deal stronger than people realize.

4. Amanda worked in a shoe shop while she was in college.

If you want a truly thankless job then go into almost anything that allows you to service others. The hours are usually quite grueling, the work isn’t too hard, but dealing with people and all their little quirks can, at times, be a truly soul-draining experience that might make you lose faith in humanity for a while. But when paying for college it’s still something that many people feel the need to do.

3. She does have a substantial following on social media.

Amanda does have well over a million followers so it’s safe to say that she has enough people that know who she is and like what she does that her career is in no danger of simply fading away. Social media after all is something that doesn’t seem to be going away any time soon, much to the benefit of many celebrities.

2. Her net worth is rather impressive.

It’s very interesting to figure out how much a person is worth in terms of money sometimes, as those that you don’t see that often might be worth the most and those you see all the time might not be worth quite as much as you think. Amanda though does have a rather high number affixed to her name.

Another interesting tidbit is that she has Simon Cowell’s likeness tattooed on her thigh. Just an interesting fact.

She’s a lot more interesting than people might give her credit for.