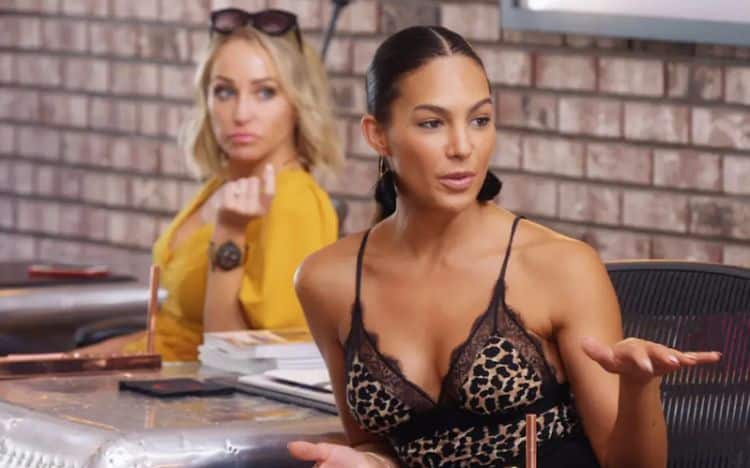 Selling Sunset isn’t your average real estate reality show. While beautiful multi-million dollar homes are part of the show, the real draw is the cast members a group of real estate agents who work for The Oppenheim Group. This season, viewers were introduced to a new addition when Amanza Smith joined the cast. Between her good looks and bold personality, the interior designer and real estate agent has definitely shook a few things up during season two. But while she may be new to Selling Sunset, she isn’t necessarily new to the spotlight. Amanza has actually been on the scene for quite some time now. Keep reading for 10 things you didn’t know about Amanza Smith.

Amanza’s passion for interior design isn’t just a hobby. It’s something that she’s been serious about long before joining the cast of Selling Sunset or working with The Oppenheim Group. She attended Indiana State University where she graduated with a degree in interior design.

If Amanza looks familiar to you, that’s because Selling Sunset isn’t the first time she’s been on TV. From 2008 to 2019, she was a briefcase model on the popular competition show, Deal or No Deal. Amanza says her favorite memory from the show is someone winning a million dollars on her very first day.

Amanza definitely isn’t a stranger to being around the rich and famous. She started dating Taye Diggs in 2014 and the couple seemed to be a great match. On several occasions, expressed how happy he was with Amanza, Unfortunately, though, things didn’t work out and they eventually ended up going their separate ways in 2018.

Diggs isn’t the only well-known person Amanza has had a relationship with. She was married to former professional football player, Ralph Brown. Brown was a cornerback in the NFL from 2000 to 2009. Smith and Brown married in 2010, however, it’s unclear when they officially divorced.

Even though Amanza Smith’s marriage to Ralph Brown didn’t work out, she left the situation with two beautiful children, Noah and Braker. She has been raising both children on her own since the divorce. Amanza’s kids are her world and she has done everything in her power to make sure they are well taken care of.

Amanza’s ethnicity isn’t something that is really discussed on Selling Sunset, but it does appear that she is half white and half black. During an interview in 2018, Taye Diggs, who has a history of dating white women, said that his family was overjoyed when he brought Amanza home because she is half black.

7. She Was A Professional Cheerleader

Amanza was born and raised in Indiana, so when she decided to become a professional cheerleader, it was only right that she cheer for the Indianapolis Colts. There isn’t much information floating around about her time with the Colts so it’s hard to tell how long she was on the cheerleading squad.

8. She Has Her Own Business

If there’s one thing that will always be true about Amanza, it’s that she’s about her business. She is an entrepreneur who appears to have started two different companies over the years. According to a LinkedIn page, Amanza is the founder of Kidsterior Design, LLC. The company’s mission ” is to create great spaces for kids and also great kids for spaces!” Her Instagram bio also says that she is the CEO for Amanza, LLC.

9. She Was The Maid Of Honor In Mary Fitzgerald’s Wedding

Amanza may be new to the cast of Selling Sunset, but she’s certainly not new to any of the people over at The Oppenheim Group. She has been around the company for years and has a very close friendship with fellow cast member, Mary Fitzgerald. In fact, she was the maid of honor in Mary’s recent wedding to Romain Bonnett.

10. Jason Oppenheim Helped Her Get An Apartment

After her divorce from Ralph, Amanza had a tough time getting back on her feet. She was unable to rent an apartment and was running out of options. However, she says that Oppenheim Group president and founder, Jason Oppenheim, came to her rescue. She said, “When I got a divorce, he [Jason] literally co-signed an apartment for me and my kids. I was getting turned down right and left and he’s like, “As long as you pay the rent on time, it’s fine”.’