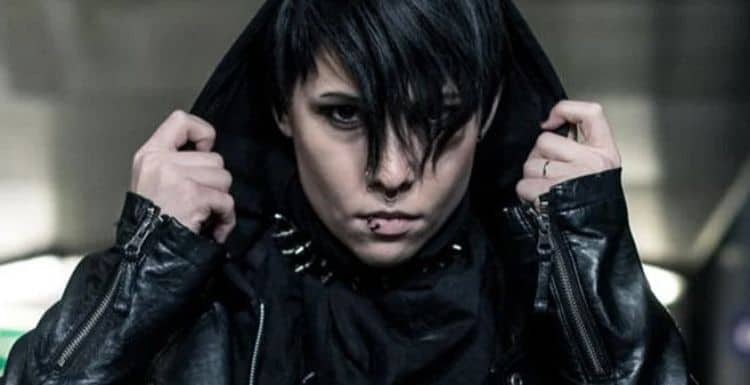 Lisbeth Salander is definitely one of the characters in pop culture that a person really has to be into in order to understand or even follow with some degree of interest, but obviously enough people have been showing interest to make it possible for her story to be picked up by Amazon for a new series. Ryan Scott of MovieWeb has made it known that Amazon will be taking a different route with the character than the books have in the past and will be looking to grant Salander new situations to deal with that will stand apart from the movies that have already been developed. So far Lisbeth’s story has been fairly successful in a couple of movies but not so much in another, which could have prompted the idea for creating a TV series that will allow the character to expand on her own story and create a new set of tales that might interest those who have been following her exploits for a while now. It’s difficult to say if this will be embraced as easily as some have taken to the books and the movies but it’s definitely worth a shot since it’s a new way to look at the character and offers the possibility of giving her a few new layers that people might enjoy.

One very great part to note is that there is plenty of source material to pull from and the story doesn’t need to go directly by the book for people to be interested since a lot of people are invested in the character. There will be plenty of people that are quick to point out what the series will get wrong or miss as this has become quite natural, but the point of it is that thanks to the movie adaptations and even the books, very little is kept entirely the same and the story is versatile enough to be given more than one distinct look. As of right now it does sound as though no one has really been brought on to write the story or even be considered as the main cast, though the idea does sound as though it’s going to move forward and become an actual series. Without being able to go into production as of yet however it does feel as though we’ll be waiting a while to update this project, if only because things are bound to move at a gradual and maddeningly slow pace to keep everyone safe and to insure that all protocols are being observed. Denise Petski of Deadline had more to say about the show.

A lot of people are waiting anxiously for things to get back to the way they were, but it’s likely that this won’t happen one hundred percent as the coronavirus has proved to be a major disruption worldwide, creating panic and uncertainty as well as division where there was already plenty of both. The entertainment industry has been hit in a way that is easier to understand as social distancing has made it impossible to really do anything that requires a large number of people to gather in any space, be it open or enclosed. It’s funny really then that the same hasn’t applied to other areas that have been deemed as essential, even though safety protocols mean little to nothing in areas such as Safeway, WalMart, and even Costco. It’s very easy to label Hollywood as a non-essential part of life since entertainment takes many forms and is a fluid idea that comes and goes with the will of the people. However, the needs of those that lost their jobs in the entertainment industry over the pandemic are hard to argue against since unlike those that make five to six figures in less than a year’s time, many in the industry had to go on unemployment, find other jobs, or seek assistance in some way to simply keep themselves and their families fed and the lights on. It’s very easy not to feel sorry for those that have millions to fall back on, but the return to work will be highly advantageous for all those that have been without work for the past couple of months, as the entertainment industry can’t run without those that serve as its base and continual support. Really, it’d be funny to see the actors having to do more to earn their pay, but it would likely backfire since while some actors do know enough about how to run a movie or show, a lot of them don’t have a clue. Spencer Kornhaber of The Atlantic had something to say in his own words.

So hopefully more and more talk about shows coming up and projects being pushed means we’ll see more action on the entertainment front soon, but don’t go holding your breath just yet. Lisbeth Salander is coming to Amazon, that much is certain, but when we’ll see her is anyone’s guess at this point.