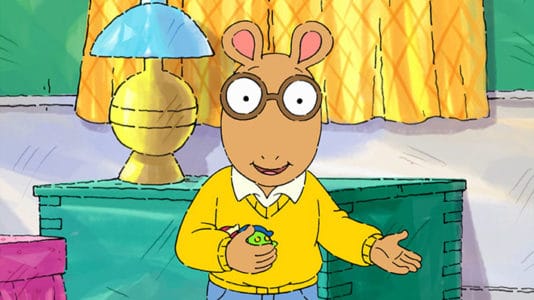 In what could turn out to be a significant move, Amazon is currently allowing free streaming so long as a person has an Amazon account, which is free. This will allow around 40 or so kids shows to be made available for children that are stuck at home thanks to the pandemic and will likely come as a relief to many parents that need to offer their young ones a bit of a distraction. As of right now a lot of people are hurting and could possibly use this as a way to alleviate some of the stress in the home since Amazon has access to an impressive amount of shows for kids that could help them take their minds off of what’s going on in the world. Granted, one kind of needs to have the right equipment for the streaming service, but at the very least if they have a TV, tablet, or computer that can make it work then they’ll have some way of keeping their kids entertained until things finally change for the better. Right now the film industry is reeling from the recent shutdown and is doing its best to simply hold on as the coronavirus has its way with the populace. As Neeraj Chand of MovieWeb puts it so accurately though there’s no telling just when the movie industry will recover from this current hit, or if it’s going to be the same moving forward since streaming is bound to take over in a big way.

It might sound like madness but this might actually be natural progression at work since if anyone’s ever thought about it or heard from their elders, there was a time when it was believed that TV would be just a fad that would come and go. Eventually though television expanded in a way that dwarfed the radio as people could now see what was going on and not just hear it and have to imagine the action or the scene in their heads. From there things continued to evolve as the experience of the theater eventually came into the homes of the viewers, and eventually giving way to home movies, projectors, and at one point Betamax and then VHS, which slowly but surely succumbed to DVD’s as the natural evolution continued along. Anyone remember LaserDiscs ? Those were hot for a while until it became obvious that they weren’t going to last and would be outdone quite easily as DVD technology continued to expand and explode on the scene as the public was given a new and better way to experience movies at home. It’s funny to think that each time a new step forward in technology has been found that a lot of people have wondered if theaters were about to be made a thing of the past. Reuben Fischer-Baum of The Washington Post wrote an interesting article that deserves a look.

Drive-in theaters certainly appeared to be on the chopping block, even though there are a handful of them left at least, compared to how many there used to be. But the biggest stride thus far have been the streaming networks as they’ve come along and done something that not even VHS or DVD’s could do, bringing movies to multiple devices as a person can now watch a movie on their phone, tablet, computer, or TV. And even better, with the same streaming network one person can be watching the show they want to watch in their own room while in another room another person is watching another show. There are times when the streaming networks get a bit pricey, but for the most part a lot of them are worth the money since even lumped together it would likely take a good number of them to equal what the average cable package costs. So in a big way it looks as though theaters might actually be in trouble this time since the options being given to the average consumer that can afford multiple devices and streaming networks is far more advantageous, and cheaper in the long run, than any theater could possibly offer, even with a membership. Plus, when networks such as Amazon are giving this option for free at this time it is far more alluring and could possibly be another nail in what might be the eventual coffin of the theater industry. David Outten of Movie Guide has more to say on this matter.

In all seriousness theaters aren’t bound to just up and disappear after a month or two of inaction, but there are plenty of smaller theaters that might not be able to recover thanks to the lack of profit being made as their doors are forced to remain closed during the pandemic. The larger chains will surely feel the hit and might have to close a few locations at worst, but in the long-term it feels as though companies such as Regal Cinemas and AMC as well as a few others might actually be able to weather this current hardship.