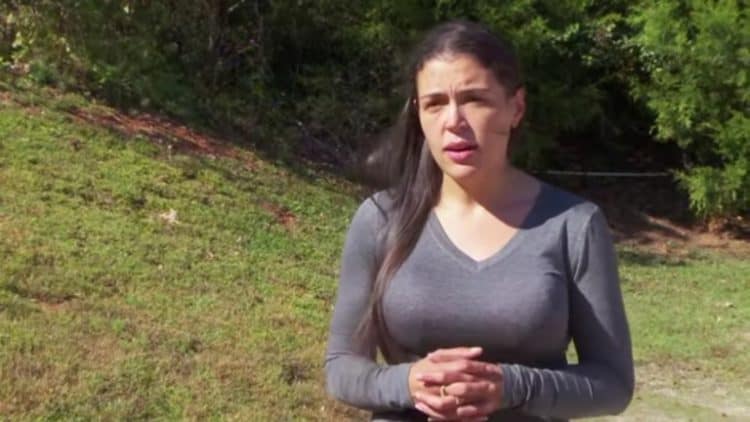 When Amber Eggers was introduced to the world as a cast member on WE TV’s Love After Lockup, viewers couldn’t help but be intrigued by her story. While Amber was in prison, she met a man named Vince who she planned on being with after her release. It quickly became apparent, however, that Amber’s relationship with Vince was nothing more than an elaborate scheme that she and her girlfriend (who was also incarcerated) came up with. Although Amber and Vince’s relationship didn’t last, she was brought back for the spin-off series, Life After Lockup, which has been following her relationship with her girlfriend, Puppy. Keep reading for 10 things you didn’t know about Amber Eggers.

Anyone who knows anything about Vince and Amber’s situation knows that things seemed pretty sketchy from the start. During an interview with Sharrell’s World, however, Amber shared that she did have a genuine interest in Vince when they first started communicating, but once they met in person things instantly went down hill.

2. She Enjoys Interacting With Fans

Being on the show has made Amber pretty popular on social media, and she loves using her online presence as a way to engage with Love After Lockup fans. If you take a quick scroll through Amber’s Instagram comments, it’s very common to see her responding to people.

As far as we know Amber doesn’t have any children of her own, but she’s still getting her fix thanks to her role as an aunt. She has an adorable nephew who she loves spending time with whenever she gets the chance. At this point in time he’s probably a little too young to realize that his aunt is a reality TV star.

4. She’s Stayed Out Of Prison

Everybody who gets out of prison always swears that they aren’t going to go back. Unfortunately, things don’t always work out that way. Amber, however, has managed to stay on the straight and narrow since being released, and unlike many other cast members she hasn’t had any more trouble with the law.

From Vince to Puppy to her new mystery man, Amber’s romantic life seems to be full of drama and secrecy. Recently, some viewers have come up with a theory that they feel explains Amber’s relationship patterns. According to a Twitter user named JuiceeBrucey,”I think Amber is asexual. She likes people until it’s time to actually perform then she starts using words like “awkward” #loveafterlockup #lifeafterlockup”. Other people have also chimed in to agree with this idea.

In addition to her struggles with the law, Amber has also struggled with addiction for much of her life. In September 2020, she shared a post on Instagram in honor of her hitting the 5 year sober mark. So far, Amber seems to really have turned her life around.

7. She’s All About Positivity

When you’ve been through as many things as Amber has, it can be easy to start seeing all of the negative things that are out there in the world. Amber refuses to do that, though. She is a very positive person and she likes to focus on the bright side. This mindset has likely been very helpful since being released from prison.

8. Her Mother Has Also Had Trouble With The Law

Amber isn’t the only person in her family who has faced legal issues. Her mother, Monica, also has a history of run ins with the law. In fact, two mother/daughter duo was arrested together in 2015 after they were busted for selling drugs at a local motel in Georgia.

9. Love/Life After Lockup Is Her Only TV Experience

These days there are a lot of people out there who want nothing more than the opportunity to get on a reality TV show. Once they get their foot in the door they start bouncing around to as many shows as possible. That doesn’t seem to be Amber’s deal though. Her time on WE TV is her only TV experience and it doesn’t look like she has any interest in doing other shows.

10. She Loves Spending Time With Family

After spending so much time behind bars, Amber missed out on lots of events and other special times with her family. Now that she’s free, that’s something she won’t take for granted ever again. She loves hanging out with her family as much as she can and she’s worked hard to rebuild those bonds.