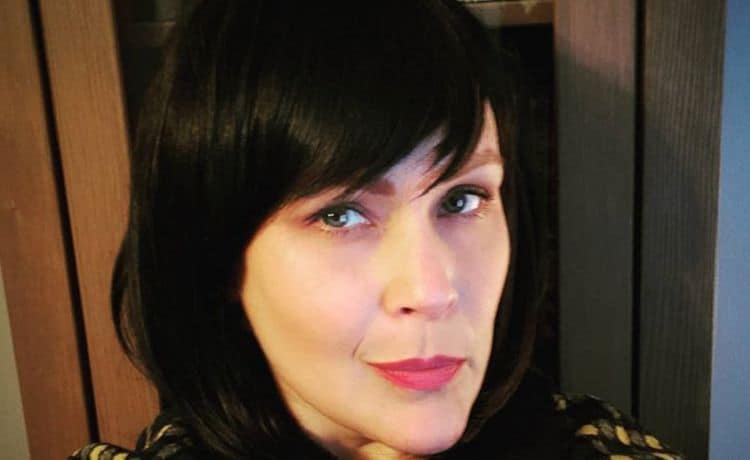 Making people laugh and keeping people entertained have always been two things that Amber Nash loves to do. So whens he was cast to voice the character of Pam Poovey in Archer, it was the perfect chance to live her dreams and make good money while doing it. Amber has voiced the character since the show debut in 2009, and she has become a fan favorite along the way.  Her comedic timing and unique sound have made it easy to see why she’s been so successful. Although most people know her from the work she’s done on Archer, she’s also been involved in several other TV shows including Frisky Dingo and Mr. Robot. Keep reading for 10 things you didn’t know about Amber Nash.

Amber’s path to working in the TV industry wasn’t exactly a straight shot. After high school, she studied at Georgia State University where she earned a bachelor’s degree in psychology and planed to pursue it as a career. During her time in college, she started to develop an interest in doing improv.

Entertainment may be the main focus of Amber’s professional life, but interior design is one of her favorite hobbies in her personal life. Amber has a natural ability to see the potential in a space and envision what it could be. She loves interior design and is a fan of a “mishmash of vintage and industrial decor”.

Voice acting is what has gotten Amber the most attention during her career, but it isn’t the only thing she’s good at. She’s also involved in live action work as well. She discovered the Dad’s Garage Theater Company after college and has been heavily involved ever since. It was while performing there that she decided to take the leap into voice acting.

In addition to sharing her talents with the world, Amber is also passionate about sharing her knowledge. For several years, Amber has been focused on teaching improv. She enjoys working with up and coming performers to teach them some of the skills that will help them find success as they embark on their careers in entertainment.

5. She Loves To Explore Nature

Amber spends a lot of time in a recording booth doing her voice work for Archer, so when she does get time off she likes to spend it outdoors. She loves the feeling of getting out and enjoying the fresh air. One of her favorite outdoor activities includes going for hikes. She also enjoys traveling and has visited places all over the world.

Amber was born and raised in Lilburn, GA and she is a very proud Georgia native. While many actors eventually choose to permanently relocate to cities like L.A. or New York, Amber has decided to stick around close to home. She currently lives in Atlanta and is very involved in the local creative community.

7. She Used To Be A Counselor

After earning her bachelor’s degree, Amber was fortunate enough to find a job in her field working as a counselor for the state of Georgia. She told Louder Than Ten, “I was counselling [sic] kids with behavioural challenges at this outdoor therapeutic program that was basically bad kids living in the woods learning how to be better kids. It was super cool but there were also times where I thought: Is this what I am supposed to be doing?”

8. She Started Her Career In Radio

Breaking into a competitive industry like voice acting isn’t an easy thing to do and Amber’s success didn’t happen overnight. When she initially got into voice work, she started her career doing radio spots for a local station. Her radio work eventually led to the opportunity to be on Frisky Dingo.

Amber doesn’t have any children of her own, but she’s gotten the chance to flex her maternal muscles thanks to her cute cat, Ruby Chuthers and her adorable dog, Carol. Both Ruby and Carol make frequent appearances on Amber’s Instagram and it’s very clear that she is a proud pet parent. Maybe one day she’ll even make her fur babies their own accounts.

Working with your spouse isn’t always an easy thing to do, but Amber and her husband, Kevin, have found balance. Kevin is the artistic director at Dad’s Garage which is where the couple met. Kevin is also a talented actor and writer. Amber and Kevin got married in 2012 and continued to support each other while also pushing themselves creatively.