ENTERTAINMENT ONE CONTINUES ROLE
AS STUDIO ON PERIOD PIECE DRAMA

Written and created by Joe and Tony Gayton 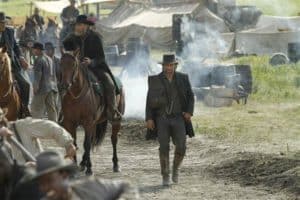 New York, NY — December 15, 2010 —AMC has announced a full series order for ‘Hell on Wheels,’which is set in post-Civil War America and centers on former Confederate soldier Cullen Bohannan (Anson Mount), whose quest for vengeance has led him westward to work on the construction of the first Transcontinental Railroad. The series is created and written by Joe and Tony Gayton (Faster/Uncommon Valor/Salton Sea/Bulletproof) who also serve as executive producers. The project is developed by Endemol USA and Jeremy Gold, Endemol’s SVP of scripted programming serves as executive producer. David Goldberg is Chairman of Endemol North America. Entertainment One (eOne) continues its role as studio producing the series. eOne’s Television CEO John Morayniss and SVP creative affairs Michael Rosenberg oversee production in partnership with co-producers Mike Frislev and Chad Oakes at Nomadic Pictures.

“We are thrilled to bring ‘˜Hell on Wheels’to series,’said Joel Stillerman, AMC’s SVP of original programming, production and digital content. ‘AMC’s commitment to the western is long standing, and the genre is an important part of our brand and history as a channel. This show has some incredibly original twists and turns and a contemporary sensibility that we think will bring a very broad audience to our newest drama series.”

‘Entertainment One is delighted to be partnering with AMC to bring this unique and compelling drama to series,’said Michael Rosenberg. ‘Like AMC, eOne is coming off an exceptional year where we have clearly established ourselves as one of the leading independent television production studios. We are looking forward to working with AMC and Endemol USA to turn Hell on Wheels’into an international success.’

“Endemol USA has been passionately committed to this project from the beginning, said David Goldberg, Chairman of Endemol North America. ‘We are thrilled to be producing this with such a prestigious network as AMC and we look forward to collaborating with them and E1 on this remarkable series.”

‘Hell on Wheels’tells the epic story of post-Civil War America, focusing on a Confederate soldier (Anson Mount) who sets out to exact revenge on the Union soldiers who have killed his wife. His journey takes him west to ‘˜Hell on Wheels,’a dangerous, raucous, lawless melting pot of a town that travels with and services the construction of the first transcontinental railroad, an engineering feat unprecedented for its time. The series examines the railroad’s institutionalized greed and corruption, the immigrant experience, and the plight of the newly emancipated African-Americans during reconstruction. Over time, ‘Hell on Wheels’chronicles this potent turning point in our nation’s history, and how uncivilized the business of civilization can be.

Along with the AMC deal, eOne and Endemol USA have entered into its first international distribution partnership. Under the terms of this agreement, Endemol will hold all television distribution rights across Europe with eOne selling ‘Hell on Wheels’in all remaining territories. As a leading international content distributor, eOne will also hold worldwide rights for DVD/Blu-ray, VOD and Digital distribution.

‘Hell on Wheels’stars Anson Mount (In Her Shoes, ‘Law & Order’) as Cullen Bohannon; musician/actor Common (Just Wright, Date Night) as Elam; Dominique McElligott (‘The Philanthropist’) as Lily Bell; Colm Meaney (Get Him to the Greek) as Thomas ‘Doc’Durant; Ben Esler (‘The Pacific’) as Sean McGinnes; Philip Burke (“Law & Order,” “Mercy”) as Mickey McGinnes and Eddie Spears (‘Into the West’) as Joseph Black Moon.

Shot on location in Alberta, Canada, the series is produced with assistance of the Government of Alberta, Alberta Film Development Program.

Joe and Tony Gayton are repped by UTA. 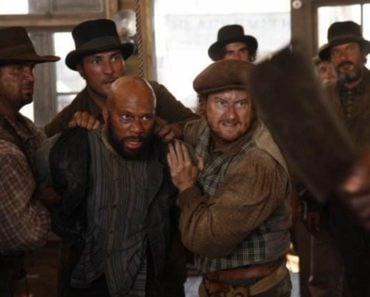 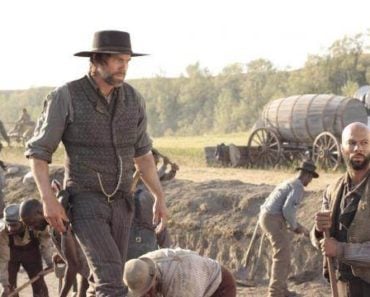 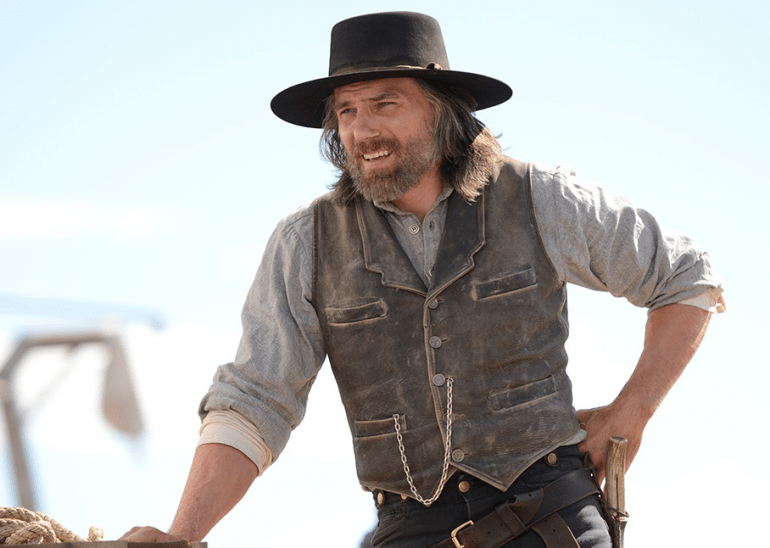