According to The Hollywood Reporter, American Horror Story has officially cast English actor Jamie Harris as a sociopathic killer named R. Franklin. No other details about the character have been released, but that seems par for the course for Ryan Murphy’s latest creation, which has been shrouded in mystery since its early days of development.

Harris, most recently seen in Rise of the Planet of the Apes, has only done minor TV work in his film-heavy career, having guested on No Ordinary Family, The Mentalist, CSI, and La Femme Nikita. He joins a cast that includes Dylan McDermott (The Practice), Connie Britton (Friday Night Lights), Jessica Lange (Frances), Denis O’Hare (True Blood), and Frances Conroy (Six Feet Under).

American Horror Story tells the story of a couple (McDermott, Britton) that move their family across the country while dealing with (his) infidelity. Once there, they discover that home isn’t exactly where the heart is; this home, in particular, carries a lot of darkness within its four walls, darkness that will have grave effects on an already fractured family.

While not many details are out about the show, a short trailer was recently released and it’s only a matter of time before we see more footage.

What do you think about Jamie Harris playing such a dark character? What role do you think R. Franklin will have in the grander scheme of the show? Have the details that have been leaked scared you off from the show? 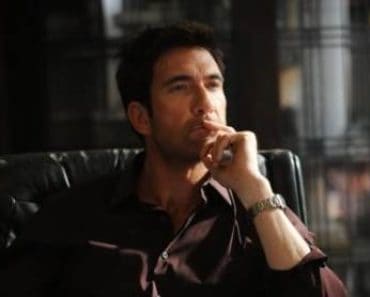