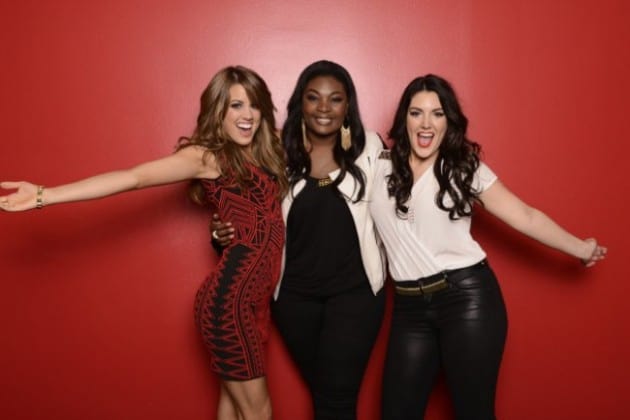 American Idol Season 12 is one for the record books for all the wrong reasons. For starters, and in my opinion most notably, the meddling of the producers in the flow of the competition was immediately and overtly obvious, resulting in a contest that seemed to have a season-long workflow baked into it.Â  There is a lot of noise out there about how the focus was on the judges and not the contestants, but if you really start to dissect that theory it falls apart.Â  People tune in ultimately to listen to the contestants, right?Â  The idea that the viewership of American Idol is hitched to the ebb and flow of tabloid coverage is ridiculous.Â  The sad fact is, there was no competition this season until the final weeks of the contest.

Nicki Minaj, regardless of all of her eye rolls, was hardly as annoying a foil as Simon Cowell was in his early tenure on American Idol.Â  I’m sure Mr. Cowell would be insulted to learn that anyone would dare suggest that Minaj was a bigger heel than him.Â  It was a role he played with earnest.Â  As for Mariah Carey’s sometimes rambling and downright incoherent feedback, do I even have to mention the numerous rumors that Paula Abdul did the show either drunk or loaded on pain killers?

The fact is, like it or not, the failure of American Idol this season had nothing to do with the Judge’s panel, it had to do with the contest.Â  That said, it is exciting that Fox is looking at a revamp, since partly you could attribute the withering interest in the contest to a format that has simply gone stale over 12 seasons.Â  Idol is long overdue for some game changers.

At the end of the day, though, viewers don’t like to be told who to vote for.Â  There’s nothing wrong with trumpeting girl power, but there’s everything wrong with drilling the point over and over again while you narrow down a panel of male contestants that really never stood a chance to begin with.Â  American Idol failed because there was no contest; hopefully next season they’ll fix that.