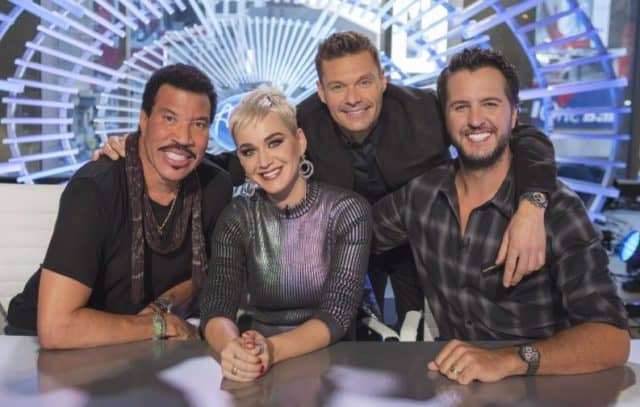 I know that I am not the only music fan who felt a little sad when the final season of the original run of American Idol was over. We were able to experience an exceptional amount of talent launched into their remarkable careers from that state. From Kelly Clarkson to Carrie Underwood to Fantasia Barrino, these vocalists were exceptional. Now that the show has relaunched with an entirely different judging panel, many people are asking what is wrong. Why does it not feel the same as the original?

In my opinion, the new version of American Idol simply does not measure up to the original, and there are a lot of reasons why. First and foremost, a great deal of the mystic surrounding the original had to do with the unique presence of the judging panel, and the chemistry that they had. Simon Cowell and his unrelenting honesty often placed Paula Abdul in a position to defend the honor and ego of some of the contestants. Simon would say what everyone else was thinking. Randy Jackson brought the cool one-liners like – “in it to win it.”

Right now, the original series is still fresh in the minds and memories of the American public, and it is too easy to make readied comparisons. Look, Lionel Richie is one of the most gifted songwriter/producer and performer of his generation. Katie Perry has forged a rather remarkable career for herself in the world of Pop, with her only hiccup being giving the legendary Missy Elliot her stage at the Super Bowl.

One of the reasons that the original show lost ratings was that the producers struggled to replace the chemistry created by the original judges. They tried creating a tension-filled environment by having Mariah Carey and Nicki Minaj on the show together, but that did not hold up. Some believed that the adding of Keith Urban with Mariah and Nicki placed too much star-power on the stage at one time. While this new panel of Lionel Richie, Katie Perry, and Luke Bryant could easily have created a similar problem, it appears that they have great chemistry.

Another difference in the reboot and the original is the fact that when American Idol originally launched, there were no other shows like it. It was not only the big fish in a small pond, it was the only fish for a while. Now, there are several shows that are in a direct competition based on format, talent, and chemistry, with The Voice leading charge.

In my opinion, The Voice has a better format that makes the show more interesting and competitive.

What I do like about the rebooted version of the show is that they did not change the Golden Ticket to Hollywood approach. I believe that is what connects the authenticity of the reboot and the original. According to Ryan Seacrest, the only original piece of the puzzle that has crossed over into the new version believes that the format the determines how contestants are chosen has been essential to the success of the show over the years. To see the excitement of your aspiring stars as they are told, “you’re going to Hollywood,” is literally priceless.

The format of the show has proven to be highly effective; however, the question of chemistry has been a lingering issue that to this point no one has been able to solve. What is different from this version is that the American Public does not get a chance to see some of the worst contestants during the audition process, leaving the show a little heavy on the front end. I always thought the comedic relief of seeing some of those horrible auditions sort of offered a lighter entry into a very competitive process in which the viewing public would buy in to.

It appears that the show’s producers felt that putting subpar talent up to be laughed at and ridiculed would be a form of exploitation, and they did not want that.

I believe that the greatest challenge that the new version of the show faces is not The Voice or The Four, but the ghosts of American Idol past. I don’t believe that the show ever recovered from losing Paul and Simon. Additionally, all of the new shows currently airing serve to rob the talent pool, so the chance of getting the next superstar (Idol) is not as much of a guarantee as it once was.