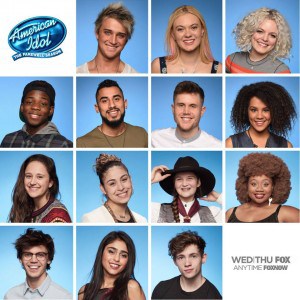 It’s the week we American Idol die-hards have been waiting for, when the elite top 10 of the farewell season will be revealed. This evening the judges will reveal eight of the singers who will receive a one-way ticket into the Top Ten. (The golden ticket of all golden tickets, if you will.) The remaining six will then sing for their supper, as well as America’s vote.

Tomorrow night, we get our first live show, as the judges will reveal the final two contestants who will round out the Top Ten. For the first time, the Top Ten will all perform hoping to capture the hearts of America. Original Idol herself, Kelly Clarkson, will return to guest judge as well as perform. (And I would be totally OK if they end up crowning her, all over again.)