Tonight is LADIES’ NIGHT.Â  The top five will try to impress us with the classic Year of Birth theme, and an exciting new theme, “Divas.”Â  I am excited.Â  You should be, too!

Candice is up first.Â  Her mom says she was super bossy as a child.Â  She was a super cute baby.Â  Candice was born in 1989, and is singing “Straight Up,” by Paula Abdul.Â  I am taking this as her acknowledgment of Idol’s history.Â  She does this really cool, jazzy arrangement of the song.Â  There is a bass involved.Â  I love that she did something different.Â  At the “ba ba ba” part of the song she does some really cool runs that bring the song to its peak.Â  I could jam to this all day long!Â  Keith says he never realized “Straight Up” was a great song.Â  LOL.Â  The judges in general seem to really dig it. Â Aw, Janelle told her to pick this song.Â  Janelle should get to stay for that alone. Â Â Backstage, Jimmy opines that Candice should have performed something that showed her range.Â  Oh, please.Â  A — (only because I’ve seen her do better)

We return from break to little miss Janelle.Â  She was a super cute baby.Â  Janelle was born in 1989.Â  She is singing “When I Call Your Name,” by Vince Gill.Â  She’s playing her guitar and looks very pretty in her long dress.Â  I’m very bored by her performance.Â  She’s definitely singing her face off, but something feels missing.Â  I feel like Janelle needs to bring back the originality and creativity from earlier weeks.Â  This is particularly glaring after Candice’s performance.Â  Nicki thinks Janelle is more comfortable behind her guitar.Â  She liked it.Â  Mariah tells her to keep her confidence.Â  Keith agrees with me.Â  He didn’t feel the emotional connection.Â  Backstage, Jimmy agrees with Keith.Â  B

Next up is Kree, who was born in 1990.Â  I actually share Kree’s birthday.Â  Even the year.Â  When she was a little baby child, Kree was obsessed with red cowboy boots and performed in church.Â  Kree is singing “She Talks to Angels,” by the Black Crowes.Â  She adds this really cool country twang to the song, but it’s still pretty boring.Â  I’m just not feeling this, and her belt-voice sounds a bit shaky in spots.Â  Randy says it wasn’t flawless, but he felt Kree’s emotional connection.Â  I can agree with that.Â  The judges seem to agree that this was pretty mediocre from Kree.Â  But she was “organic.”Â  Or something.Â  Except Nicki.Â  Nicki loves it and said it seems current.Â  Mariah gets into a weird fight with Nicki.Â  Jimmy says this performance just wasn’t strong enough. Poor Kree.Â  B

Angie’s singing next.Â Â  Angie was born in 1994. Â Angie is singing “I’ll Stand by You,” by The Pretenders.Â  She dedicates it to Boston.Â  Classy.Â  She’s behind the piano and sounds very pretty.Â  She messes up a lyric and there’s something off in her phrasing at the beginning of the song.Â  She ends strong, but it’s not her best performance.Â  The judges seem to disagree with me.Â  They give Angie a standing ovation.Â  I think they were just overcome with the emotion of her dedication.Â  That is my only explanation for that one.Â  Jimmy calls Angie’s performance “the best of the night.”Â  Looks like TPTB have chosen their favorite. B

Closing out the first round is Amber.Â  She was born in 1994 and was such a beautiful baby that everyone called her doll.Â Â  She is singing “Without You,” by Mariah.Â  That’s risky.Â  The beginning is a total snoozefest, but when she gets to belt, Amber is good.Â  I think that will be a problem for her in the coming weeks, but this was a very solid performance.Â  The judges (minus Nicki, who hates Mariah) stand up for her.Â  The judges appreciate Amber’s growth.Â  I really think that’s what this competition is about.Â  Nicki agrees with me; she didn’t like the lower notes.Â  Actually, she didn’t like it at all.Â  Randy and Mariah both thought it was imperfect and liked it a lot.Â  Jimmy agrees with Nicki, but says Amber was still the second best of the night.Â  B/B+

Round two kicks off with Candice singing “When You Believe” by Mariah AND Whitney.Â  That is bravery.Â  Candice is, of course, hitting all of her notes.Â  It’s incredible, as always, but it’s kind of boring for Candice.Â  It’s one of my least favorite Candice performances. Mariah, however, is watching with tears in her eyes.Â  The judges all stand.Â Â  I’m kind of shocked by this.Â  I thought it was good, but not great.Â  Then again, I am judging this on the Candice Scale.Â  She is just in a different world from the other contestants.Â  Randy says Candice has “one of the best voices in the known world.”Â  As opposed to….?Â  Mariah is very kind and says Candice did Whitney justice. Â A – /B+

Janelle is singing Dolly Parton’s “Dumb Blonde.”Â  Cute!Â  Janelle’s hair looks AWESOME.Â  This performance is super fun.Â  Janelle is all over the stage, bopping around and interacting with fans.Â  But it’s becoming clear that she’s not on the same vocal level as the other girls.Â  She sounds a bit flat and winded through the whole song.Â  The end is pretty great, though.Â  She looks like she’s having tons of fun!Â  The judges seem to agree that Janelle needs to showcase more of her voice.Â  B vocal/A — performance

Kree is singing “Have You Ever Been in Love,” by Celine Dion.Â  Kree, who is wearing too much bronzer, sounds beautiful and appears deeply emotionally connected with the song.Â  Her voice even cracks in a few places.Â  The judges all stand for her.Â  They loved it, and congratulate her for staying in control of the song.Â  A

Angie is singing Beyonce’s “Halo.”Â  She starts the song in her lower register and it’s super beautiful.Â  I wish she had gone up-tempo Beyonce, but this is so great for her that I can’t even complain.Â  She still does this strange over-enunciation thing on words like “written,” but this is seriously so smooth and great that it doesn’t bother me nearly as much as it usually does.Â  The judges all stand for her, and she totally deserves that!Â  She won me over with this performance.Â  Keith says “definitely top three,” and the rest of the judges agree.Â  A+

Amber is closing the night with Barbra Streisand’s “What Are You Doing the Rest of Your Life.”Â  She looks stunning.Â  The performance is super beautiful, but I think, a bit nuanced for the Idol audience.Â  The judges stand up for Amber.Â  Nicki says the performance was “simply perfection.”Â  I agree with the judges that it was a pretty perfect and nuanced performance of a difficult song, but I share their fears that America will not get this.Â  But it was really good.Â  You should all know.Â  A

Who do you think rocked it tonight?Â  Is this the most difficult decision yet?Â  Will the judges FINALLY use the save tonight (I think yes)? 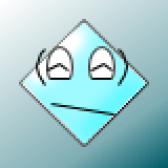 midwest us law student with an interest in criminal law aka real life law & order. i live on coffee and chipotle and watch too much reality tv. i'm passionate about nail polish, sparkly jumpsuits, and stana katic. mulder & scully were the culmination of all that is wonderful about television. rock on!