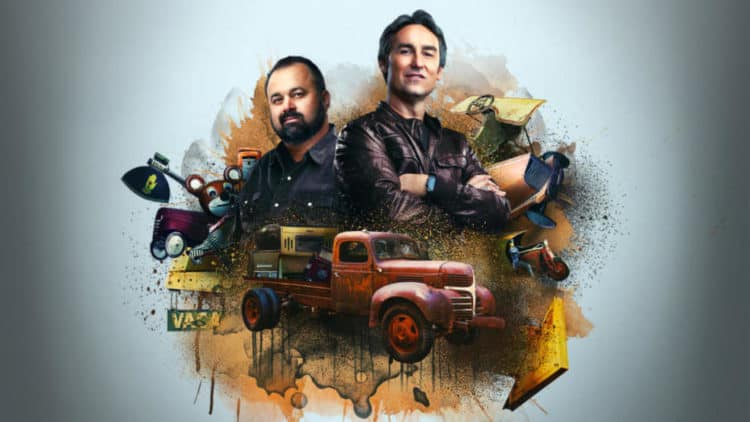 It sounds like American Pickers are coming back to New York to pursue the latest collection that might take them through another season. What’s different however is that there won’t be any mom and pop stores on the list this time, only private collections will be visited and even considered for the show. If a person has an interest and thinks that they might have a collection that they want Mike and Frank to pore through then they can call (855) OLD RUST, a fitting description for a show that has its cast root through just about anything and everything they can get their hands on. It would seem that in New York they would be able find one treasure trove after another since quite honestly it is one of the older areas in the country, and while it might be stereotypical, the mere fact that there is a great deal of history in New York is enough to say, with comfort, that it might be a great place to be when it comes to finding things that are vintage, historical, and of great interest.

If you’ve ever watched the show then you’ve likely seen more than once just how the pickers go about doing their thing and what kind of treasures they tend to find. The only problem with this is that a lot of it is staged and, unless you realized it or not, they don’t always find as much stuff on their own as you might think. Like a lot of reality shows Pickers does rely on on some actual reality and a lot of trickery on the part of the production team. While they do manage to ‘find’ some treasures the team does manage to screen a lot of those places they’ve been to in advance and therefore manage to either find or come up with treasures that may or may not be a part of the original collection. Despite this, if you knew any of it, the idea is that the Pickers are still able to look through these impressive collections and find something that’s so great and bound to be worth so much that the program goes to commercial right before you find out what it is. This is a common practice that such shows have taken from one another throughout the years and is something that vexes many fans but at the same time keeps them watching.

The fun part about American Pickers is that it makes a lot of people think that they might have hidden treasures within those vast collections of junk that they have stored in boxes or out in the barn or garages that they haven’t cleaned out in years and years. Of course the only problem with this is that looking at the state of the locations that they visit at times you can definitely see how it wouldn’t seem realistic at times since a lot of folks wouldn’t let the places they own fall into the kind of disrepair that you see on the show. Plus, how many people have these kind of collections and have never bothered to see what any of it is worth? In many ways that seems as though it might be less than reality, as a lot of folks might be unloading things they don’t need, don’t use, and thereby can just get rid of the perceived junk. The idea that there’s this many people in any given state that keeps this much stuff is kind of hard to believe. But it’s a good bit of fun in the name of entertainment and has drawn a lot of people in by making them believe that what they’re seeing is real.

American Pickers is, no matter what we want to believe, another reality show that kind of pulls the wool over our eyes when the camera is off. The guys do the work at times but when you’re at commercial or waiting for the show to come back on the air they’re doing their absolute best to make sure that you’re going to watch and that they’ll have enough material to serve as entertainment to the people that want to see something new and exciting. The only downfall of the show, apart from knowing that it’s not entirely real, is that eventually the picking does get a bit old since there tend to be a lot of the same situations, no matter that there are different locations, and there are a lot of the same methods being used that make it hard to feel as though you’re seeing something new and worth paying that much attention to. It’s a fun show, that much is easy to agree with, but it might be time to take things to a completely new level and see what can come of it.