It’s not all that surprising that Martha considers ending it all, in this fourth season ofÂ The Americans.

One jump; leg thrown over the rail, arms spread wide; it would be over. She knows that she’s betrayed her country, and her family, and her friends. She knows, deep down, that Clark is never coming home. There is nothing left for her to live for.

And yet, Martha lives.

She screams at Elizabeth, walks frantically around a park in circles; she makes a phone call to her parents; she brings as much attention to herself and her KGB handers as possible. It’s only by the grace of God Himself that she manages to stay a quarter acre away from the pursuing FBI.

And yet, Martha lives.

She’s woken up by a punch to the gut; she pays the price for her escape. Her ribs might be badly bruised, and maybe broken; she might be a traitor, and she might be stuck in the Soviet Union for the rest of her days; but she is alive. She has made it through to the other side, with the most fearsome of governments on either side of her, and she lives.

Who knows how she’ll fare in Russia; who knows if she just won’t take her own life when she arrives in her home. But the worst of it is past, and they’ll take (allegedly) good care of her. She can learn Russian, be hero in this foreign country. Whether she will, or whether she ends up like Nina is entirely up to her; whatever happens next is totally up to her, and that hasn’t been true in a very, very long time. 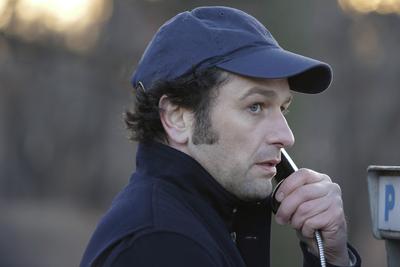 Oh, Philip. Philip, who tries so hard to make for the pain he’s caused Martha. Philip, who is fighting a war on two fronts, trying to get Martha out and keep Elizabeth in. It’s a futile battle; the nature of their work is distrust, and what you do bleeds over into who you are.

Elizabeth wonders, openly, if Philip would rather stay with Martha in Russia. The answer is no, of course not, but for all of Philip’s talk of insecurity and fear of losing his partner, Elizabeth might be the more sensitive of the two. She can’t understand why her husband would be so concerned for Martha; this is the job, she thinks, and I am your wife, she thinks, and I love you. But this idea of protecting—no,Â loving— those who are not a part of your inner circle is foreign to her. She has always struggled with branching outside of her family, and it affects her relationship with Philip.

It won’t get any better for them, going forward. It won’t be any easier, or any more tolerable. Elizabeth has found a real, true friend, working undercover at Mary Kay, but it only serves to make her harder, and harder. She fights that perhaps small but not insignificant desire to live a normal, American life, and it makes her hardened to those who have already given in. She and Philip are destined to butt heads, because Philip likes America, and their customs, and she abhors them. 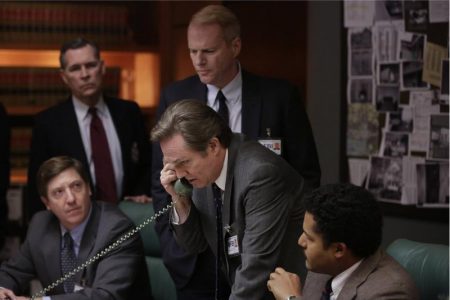 Another swing-and-miss for Agents Gad, Aderholdt, and Beeman. They have a KGB mole right under their nose, and she slips right through their fingers. It’s not a failure of competence; no, the real horror for all three men and indeed the entire department is that they are not good enough to catch the Russian illegals. They are not smart enough; they are not fast enough; they lack the imagination to play this sort of game.

The scary thing is that these men, flawed as they are, are not stupid, or slow, or unimaginative; they just appear so next to their Russian counterparts. Even now, Stan has no idea Nina had flipped on him; even now, he has no idea that Philip and Elizabeth are Russian illegals. There is no way for him to know. Their intelligence is so poor compared to their Russian enemies, that they might as well be playing a different game.

We’ll see how much longer that lasts.

Martha get hit, Stan misses his target, and Philip is sad in The Americans.