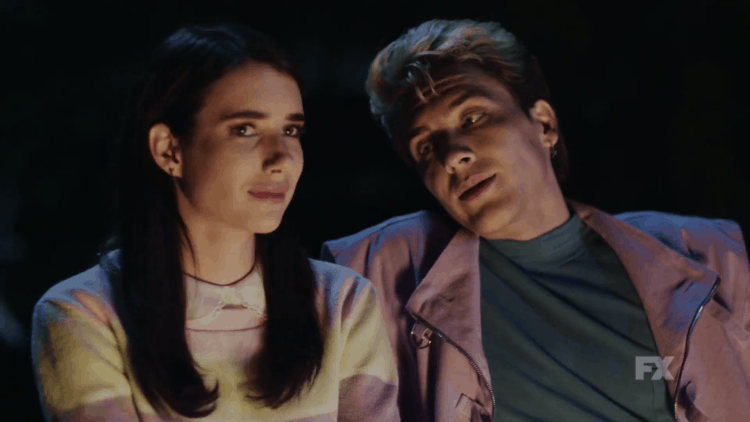 It was already evident that American Horror Story season 10 was a go before it had to stop thanks to the shutdown, but now Kevin Burwick of TVWeb and many others are getting in on the idea that a spinoff series will be coming as well on FX when the all clear is given to start production. American Horror Stories, the title of the spinoff, will be one-hour episodes that will be self-contained, meaning they’ll start and end within the hour and remain largely unconnected to each other. One thing to wonder about at this point is whether they’ll have something to do with each season that’s come and gone, meaning a side story that wasn’t fully developed during each season, or if they’ll be something new altogether. It almost feels like a safe bet that they’ll have something to do with the material we’ve already seen since there are plenty of directions for a spinoff to go from the main series and it’s very likely that the writers could develop a number of ways to make it work. Just thinking of a few right now is kind of enticing since each season of AHS has been unique and great in its own way. Even though a couple of seasons took some time to get into, and Roanoke ended up frustrating a lot of fans, the series has, overall, been pretty solid throughout the years and has become one of the favorite horror shows of many fans.

AHS: 1984 almost felt like a bust at first since it looked to be giving everything away early on in the season, but with a little faith it was easy enough to push through and see what was going on as the story went deeper and deeper until finally it reached the current time, for everyone but those within the camp at least. Laura Bradley of Vanity Fair has more to say on this topic. When one thinks about the vast timeline that’s been covered between the last 9 seasons it’s very easy to think of how many side stories there might be and how easy it would be to develop any number of them into a successful spinoff series. After that the question would be just who would be cast in each role, as expecting the actors of AHS to pull double duty might be great for some of them,Â  but it might also appear unfair in some cases since there might be those that would argue to bring new blood in and make a fresh start with new stories that could go off in a very different direction. With all the subject matter that’s been covered throughout the last 9 seasons there’s no shortage of tales that could be worked into something that might be a big hit with the fans.

Until the shutdown is over though we’re going to have to just wait and hope for AHS season 10, which will be bringing back fan favorite Kathy Bates and will also be bringing none other than Macaulay Culkin, whose presence is going to be a huge talking point of the show without any doubt. It doesn’t sound as though Jessica Lange will be back, which is a pity since she was at one point a very impressive part of the show and helped throughout the first several seasons to make it into the force it came to be. A few of the seasons had a couple of tripping points here and there, but for the most part the stories have been solid and highly entertaining, not to mention downright bizarre and very bloody. AHS definitely isn’t a show you watch if you’re squeamish or faint at the sight of blood, even if it’s fake. From Murder House to Asylum to Freak Show, Hotel, Cult, and beyond, this show has been something that’s tripped and skipped its way through history with such ease that it’s amazing how the stories have been kept straight the entire time and the entertainment value has been kept for so long. Roanoke, season 6, was a bit scattered since the ‘found footage’ idea and the fact that for the first half of the season everyone thought that it was business as usual was kind of hard to stomach at first. Finding out the first half of the season was just a show within a show and that the actors were all playing a part was kind of a slap to the senses if not the face, and the season didn’t really recover. People were happy thinking that Kathy Bates was the Butcher and that Lady Gaga was the forest spirit that had enabled her to take control. Finding out they were all just playing actors that were playing a part was kind of disappointing really.

At any rate, it sounds like season 10 is going to be off the hook at this point, whenever we get to see it that is.