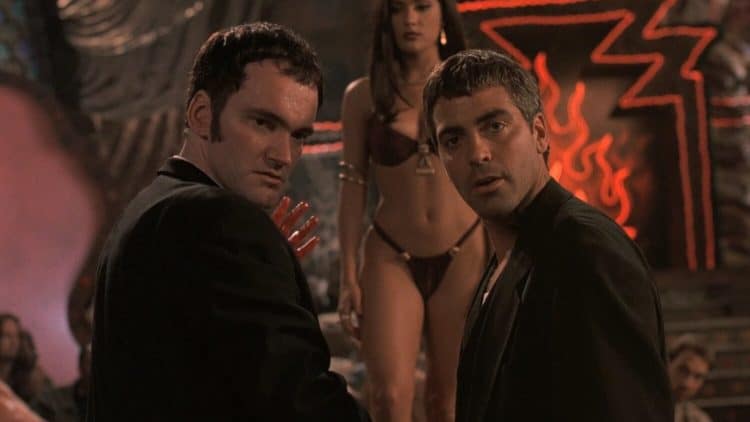 This is one of those times when keeping a bottle of Tylenol or something stronger next to the desk is handy since getting headaches over ideas such as this coming down the pipeline is something that can occur from time to time since the idea of keeping up with something that has already been given a great movie, a couple of mediocre to horrible sequels, and a show that wasn’t really anything special to look at should be enough. The cult following that came from the 1996 movie From Dusk Till Dawn should have been enough to be serious since everyone involved put in a good enough performance to make it a worthwhile movie and one that many people have continued to watch over and over throughout the years. I won’t say that another project is going to cheapen it, since that’s kind of cliche and even childish, but trying to cash in by further exploring the Aztec vampires is a risky proposition at best, and worse than that, it’s one that will probably end up paying off since fans are bound to pay for pretty much anything that has to do with their favorite movies and ideas. If anyone missed it, yes, I am saying that fans are easily pleased and kind of gullible sometimes, and it’s well-known and documented by those that make the movies and TV shows that ensnare so many.

The overall idea of going with the Aztec vampires isn’t that bad of an idea really, but pulling away from the central idea of From Dusk Till Dawn feels as though it would be the wiser move while keeping it within the same universe. Perhaps go backward in time to show how the temple originated, what happened over the years, and come to describe just how the vampires moved in and became established perhaps. Or maybe even take it further forward and establish that there are many, many others still waiting in the levels below that are might seek revenge on Seth Gecko in some way. There are stories there, but in animated form, it currently feels as though the story might be rotating too close to the core story to really be that effective since eventually, everything does feel as though it could come crashing in to destroy the overall narrative that was created. That might not make sense to a lot of people, but there are a few stories out there as of now that need to be cautious about adding too much onto themselves without expanding further and further instead of keeping close to the core idea of the story. From Dusk Till Dawn is after all one of the more popular vampire stories out there, especially since to some folks it came as such a big surprise since it didn’t start out that way at all.

Obviously an animated version is going to be for adults since it’s not bound to happen that this idea will become something that’s geared for kids or become a family-friendly show that could entertain everyone equally. From Dusk Till Dawn was started as a gory movie for adults and it needs to stay that way, but one thing that can happen with animation is that the action can get a little more intense and the laws of physics can be bent and broken a little easier without having to get into too much CGI. It still feels like a less than worthwhile idea, but perhaps there’s a bit of story there that can be pushed in an efficient and convenient way. It still feels as though the narrative is going to have to take care not to trample all over the story that’s already been told, but it does sound as though those in charge might have a plan to make it happen that won’t derail the idea entirely. It could just be pessimism and the love of the original movie that’s making it feel as though this shouldn’t happen, but we’ll have to wait and see what will happen when it finally releases. As of now, it doesn’t sound as though anything has been done, as the series might still be in the conceptualizing phase, but it does sound as though the plan might be to go ahead with it and see how everything turns out.

In terms of being a vampire movie, From Dusk Till Dawn was definitely one of the oddball projects that could have gone either way. It had a great cast, a great amount of action, and Clooney’s tough guy act was so on point that it’s still memorable to this day. But trying to replicate that has been touch and go for a number of years, and trying to bring back the wow factor for an animated series sounds like it might be tougher than anyone is admitting as of yet.