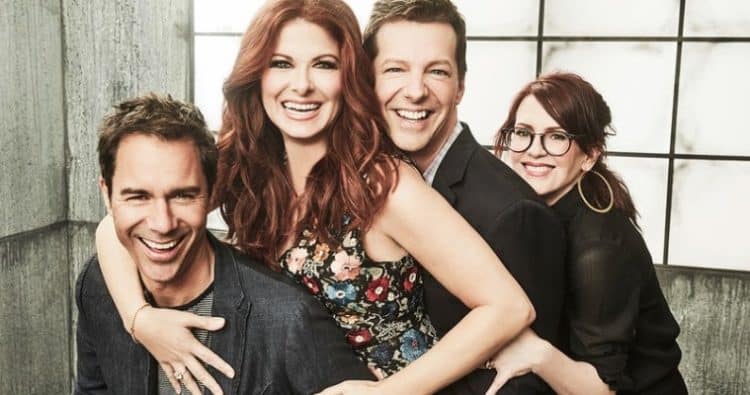 When ‘Will & Grace’ first hit TV screens in 1998, it became an instant hit. Most viewers thought the characters were fun and the storylines were hilarious. This is probably why the series is in its 11th season in 2019. However, not all people were fans of the show, including many of those in the LGBTQ community. In fact, there are plenty of people who believe that the LGBTQ community has suffered as a consequence of this television series.

‘Will & Grace’ is a sitcom created by David Kohan and Max Mutchnick and aired on NBC. It is about best friends Will and Grace who marry each other. Will is a gay lawyer, while Grace is a straight interior designer. The other two main characters in the series are Jack, who is also a gay man, and Karen, an eccentric socialite. The series stars Erik McCormack, Debra Messing, Mean Mullally, and Sean Hayes.

When the series was first launched, it was considered revolutionary because it was one of the first sitcoms to have gay characters in leading roles, says Vox. However, attitudes to the LGBTQ community have changed and there is now a greater representation of them on the television. This is possibly why opinions of the sitcom and how they represent the LGBTQ community have now also changed and the sitcom has faced criticism in the last few years.

According to VOX, one of the main criticisms is the way that the series reinforces stereotypes of gay men. This criticism is predominantly directed at Jack, the character played by Sean Hayes, who is an extremely flamboyant character. Some people believe that this character represents gay men as figures of fun that you wouldn’t take seriously. Another reason that the series was criticized was the insensitive jokes that were directed at anyone who wasn’t gay, white, and male. Some critics of the series believe that this type of humor showed gay men as a group of people who kept themselves separate and not as people who are part of mainstream society.

The original series ran from 1998 to 2006, but then made a return in 2017. When the news that the series was set to return was released, there was an outcry from the LGBTQ community who said they didn’t want it back and didn’t need it. While acknowledging that the series was trailblazing for feature a gay male lead, Salon has also highlighted the negative impact that the series has had on the LGBT community and why they did not want this series to return.

The article agrees that ‘Will & Grace’ was fantastic when it was launched because it opened doors for the LGBTQ community on mainstream television. However, this is no longer necessary. In fact, the series is no longer something that represents the LGBTQ community in a positive manner. The series gives a rather narrow view of the queer umbrella that is not representative of the broad umbrella that this label covers. While the series once broke down stereotypes, the opposite of this is now true.

However, not everyone thinks that ‘Will & Grace’ was a bad thing for the LGBTQ community. Your Tango argues that people should celebrate ‘Will & Grace for bringing the LGBTQ community into mainstream media and culture. Your Tango points out that at the time when ‘Will & Grace’ was launched, there were many people who found homosexuality in the media distasteful. Only a year before the series made its television debut, Ellen DeGeneres came out as gay. She did this both personally and as her character Ellen Morgan from the sitcom ‘Ellen’. As a result of revealing her sexuality, DeGeneres suffered from the backlash both personally and professionally. Of course, she has since gone on to become one of the most successful television hosts of all-time.

This shows the change in attitudes, says Your Tango, and it is possible that ‘Will & Grace’ played a part in this by using gay characters and highlighting diversity. Will was a character that people could relate to and the fact that he was gay was just one aspect of the character. One person who takes this view is Sarah Kate Ellis, the president and chief executive officer of GLAAD. She has talked about how the representation of the LGBTQ community in the media was abysmal at the time when ‘Will & Grace’ was launched, in terms of both quantity and quality.

There are also many examples of viewers who watched the series and it gave them the courage to be themselves and to open up about their sexuality. Therefore, there are many members of the LGBTQ community who would strongly disagree that ‘Will & Grace’ has had a negative impact. In an interview with The Guardian, Sean Hayes, who plays Jack, discussed attitudes to the series. He remembers that when the series was first aired, there were death threats to the show and this prevented him from coming out publicly until the series stopped airing in 2006.

However, this is a situation that the cast no longer faces as there is greater acceptance. In the same article, Max Mutchnick, one of the series’ creators and producers, has said that it is important that people realize that the series is not intended to represent the whole of the LGBTQ community and that it is not their responsibility to influence general opinion. Their only responsibility is to make the four main characters of the series as funny as they can in a responsible way.

Like many things in life, not everyone will share the same views. This is especially the case for any television series that addresses controversial issues, even if this is done in a comedic way. Therefore, a series such as ‘Will & Grace’ will always divide opinion and while some will love it, there are others who can only see the negative aspects of the series.