Home
Movies
An Event Horizon Remake is Reportedly Being Developed 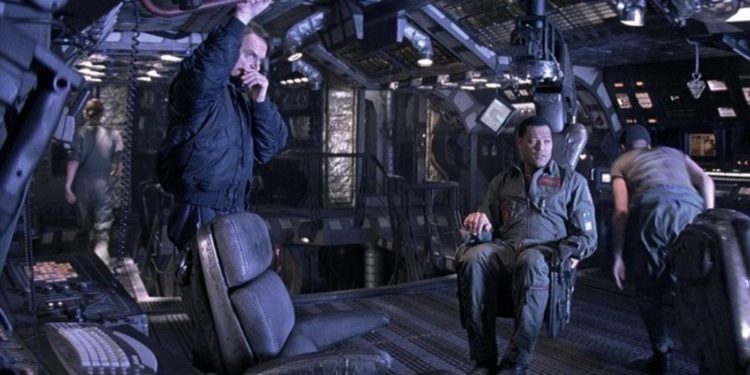 As far as acceding to the question posed by Matt Joseph of We Got This Covered, the idea of bringing Event Horizon back for a TV show is a horrible idea no matter if it’s already in the works since the movie was pretty cut and dried. There might have been room for more explanation there and there, but a TV show could absolutely ruin the idea of the movie and should be centered around something else entirely, with the titular ship being an oddity to be explored and then moved past since otherwise it might be akin to stretching a taffy to the point where it’s thin enough to be broken by the gentle prod of a finger. Yes the analogy is weird, but being one of those that actually enjoyed Event Horizon, the movie adaptation is likely to be more accurate to the 1997 cult classic than a TV series could ever be since the premise and plot of the movie is simple, to the point, and didn’t brook a whole lot of further introspection other than to wonder just what had gone on within the hellish domain the ship had obviously jumped to when opening an artificial black hole to jump from one point to another.

It’s still a little daunting to think of how big space really is since when calculating how long it might take to get from earth to any other point in the universe it’s enough to make one wonder just how the passage and even concept of time would wear on the human body considering that it would take more than a lifetime to reach our nearest star. Then there’s the idea of wondering just whether we’re really alone in this universe or if we’re simply the most primitive species and can’t really see what’s going on outside of our sphere of influence. Event Horizon goes far enough to kind of answer that question if a very brutal way since the movie was about the disappearance of a new and improved type of ship that was equipped with what was called a gravity drive, which gave the ship the means to connect two points in space, an origin point and a distant destination, and create a wormhole that could allow the ship to transport between them instantaneously. It was of course dubbed as a ship that could travel faster than the speed of light, but as we’re told in the movie one can’t possibly travel faster than the speed of light thanks to the law of relativity. The full explanation and a possible loophole that doesn’t involve a gravity drive and a Hollywood movie is rather complicated as you might guess but it’s still interesting all the same.

But back to the movie. An interesting bit is that it would appear that Milla Jovovich is being eyed for a role, though at this moment it’s hard to think of just where she might be inserted, though as the XO, Starck, she might be a welcome sight. After all, Starck was one of the survivors and this could be a big draw for those that want to see such a movie come to light. Who would take on the other roles would be kind of hard to say, but likely as not it wouldn’t see the return of many of the cast members as 23 years of aging might make it possible to show them in cameos, but otherwise it’s more likely that each part will be recast. If the remake is going to be faithful to the first movie however, and it does sound as though this might be the goal, then Dr. Weir, played by Sam Neil, would need to be played by a likable individual that can still become absolutely despicable in a short amount of time, while Captain Miller would need to be someone capable of being stern and authoritative but fair. The rest of the crew would need to cling to the old roles as well to make this work, as everyone played their part in such a great way that the movie worked far better than many believed it did back in the day. The only part that might be improved upon would be that of Justin, who was played by Jack Noseworthy. His part wasn’t horrible by any means, but he could have used a little more of a solid character arc, as he was the first to be affected by the ship and his part was over and done with far too quickly.

This could work really, and that’s saying something considering that I’m usually one of those that says hell no to remakes and reboots. I’m in no way converting to the idea that such ideas are always worthy of following through on, but there are movies and TV shows that could benefit from being brought back so long as those in charge manage to do justice to the original.