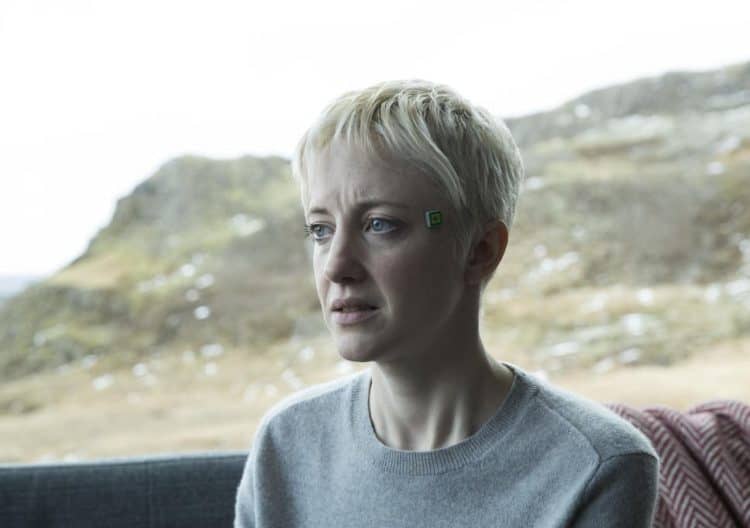 Andrea Riseborough is one of those actors you might need to look at more than once just because she looks like someone you’ve seen in the movies before, but the moment it hits you the memory comes without much effort. When remembering such movies as Oblivion with Tom Cruise it’s fairly easy to see that she’s a very talented woman. Upon looking at her acting history however it’s easily confirmed as she’s been around for a while now and is without a doubt someone that knows the ins and outs of acting and has used them to her advantage. One might wonder then why she doesn’t seem to be one of the names that’sÂ  talked about the most, but when you look at the roster of celebrities in Hollywood it’s also easy once again to realize that trying to mention them all at once and not leave anyone out is an effort in futility. This doesn’t take anything away from Andrea in any way, but it is evidence that there are still a lot of people that deserve to be noticed.

Here are a few things about Andrea you might not have known.

10. She was a member of the National Youth Theater.

Acting is something she’s been passionate about for a good deal of time it would seem, and something that has driven her to the current status she enjoys. With a lot of actors it almost sounds as though they might have just ‘fallen into it’, but with Andrea it was undoubtedly pursued with a purpose in mind.

9. Andrea is a former contortionist.

Have you ever seen people do this? They bend, twist, fold, and basically roll themselves into a ball or whatever they need to in order to fit into a tight space that doesn’t seem as though it could hold a child. The mere physics of this makes you wonder just how far the human body can be pushed, though some people are quite adept at it.

8. She heads her own production company that’s all-female.

Some might read a little too much into this, but it is intriguing to think that if a man did the same thing and created an all-male company it would be deemed as sexist unless women found it somehow useful. No petulance here, just simple observation, and honestly each and every person has the right to run their own company the way they see fit so long as they’re not actively trying to discriminate or harm anyone with their practices.

7. Andrea loves what she does quite a bit and enjoys a capitalistic society.

It’s amazing sometimes to listen to those actors that tend to think that socialism is an ideal that should be pushed, only to realize that with socialism some of them might not fare as well. In a capitalistic society it might not be as fair as some like, but it’s fair in the sense that a person can achieve what they want if they’re willing to put in the work.

It is actually kind of important for an actor to have something else to rely on when their star begins to fade a bit, and writing is one of those talents that can allow a person to get into just about anything if they work hard enough at it. Obviously she’s got the right idea.

5. Andrea has performed on stage, on TV, and in movies.

It doesn’t seem that Andrea has been too picky about where she acts since she’s been prevalent in a few different venues and has done just as well. Why she’s not more celebrated is kind of hard to figure since she’s done so much at this point.

4. She’s been nominated for and won several awards in her time.

Andrea has won far more often than not and it’s amazing that her name and picture aren’t being plastered everywhere, but then again it could be that she’s gearing up for something big or perhaps the awards she’s amassed aren’t as esteemed as others, which still seems like a poor excuse.

3. Her following on social media isn’t all that big but it is there.

It doesn’t seem as though she’s all that big on social media, but she is there and she does it occasionally as is evidenced by her account. It could be that it’s not her favorite thing to do, as some celebrities just as aren’t as into it as others.

2. Her net worth at this time is around $5 million.

It’s pretty obvious that some folks in show business know how to amass a good amount of money even if they don’t get the kind of attention that their peers do, though honestly she seems worth a little more.

1. She keeps her personal life on the down low but it would appear that she’s single at this time.

One has to wonder if there was ever a time when we paid less attention to a star’s personal life and more attention to what they do on the screen.

All in all Andrea seems as though she should be given more to do in show business, and will hopefully be allowed to shine a little more in the years to come.