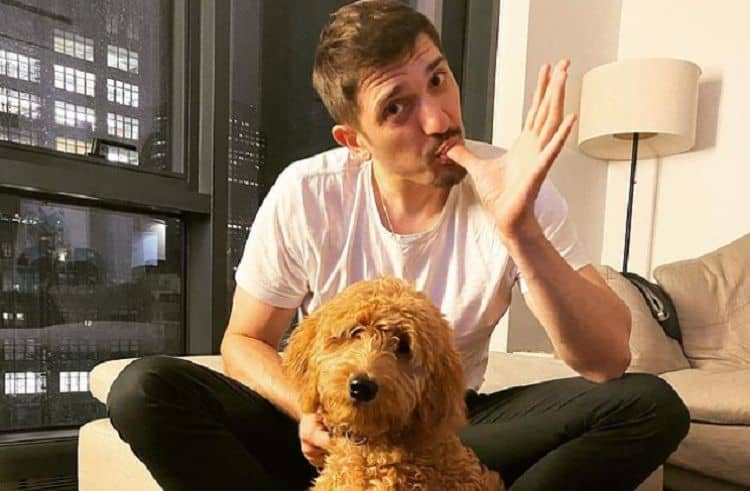 If you don’t know comedian Andrew Schulz, are you even watching YouTube? He’s a man with a lot of fans, and he’s been working hard. In the 2018-2019 year, he was the most viewed stand-up comedian on the website. He’s also had jobs with MTV, with Amazon, and he’s worked on podcasts. Essentially, there is nothing that he cannot do. Right now, he’s working on a Netflix special that will work through four episodes, and it aired for the first time on December 17, 2020. Here’s everything you need to know about the comic.

Andrew Schulz was born on October 30, 1983. This means he is in the last few years of his 30s after just celebrating his 37th birthday in 2020. We have no idea where he was born other than somewhere in New York, but we do know he grew up with his mom and dad, but we don’t know much about his family at all other than that.

Before he decided to focus solely on his comedy, he was a student at the University of California, Santa Barbara. He worked part time at a restaurant near campus as a way of making some money to pay for school and the things that go along with college – like eating meals every day, you know?

Being a comedian might be difficult in 2020 when everyone is so offended about every single thing. No one can make a joke anymore, because jokes are no longer funny jokes. Now making a joke makes you insensitive, mean, ‘tone-deaf,’ and so many other things. Andrew Schulz is officially being called racist and xenophobic by people who are not into his new Netflix series.

Even if there are a lot of outspoken people unhappy with his humor at the moment, he’s still doing just fine in life. Andrew Schulz is laughing all the way to the bank every single time he looks at his $3 million net worth. We have a feeling he’s not all that worried about what anyone thinks of him. Can you even be a comedian if you are worried about things like that?

5. He’s Got a Huge Following

Across all of his social channels, he has millions of followers and subscribers. Right now, on Instagram alone, he has more than 1.1 million followers. That’s huge considering how many companies and brands are willing to pay big bucks for people with followings this large to promote their work and their products.

He’s a man who is no longer on the market because he found his person. Her name is Emma Turner, and he asked her to marry him a week or so prior to Halloween 2020. We’d like to send a huge congratulations to the happy couple following their recent engagement news. What a lovely thing to celebrate in a year without much to celebrate.

7. His Lady Love is Young

Here’s what we know about his new fiancé, and one of those things is that she is significantly younger than he is. She was born in 1995. This makes her 12 years his junior, which is fine since she is an adult. She’s 25, he’s 37, and they seem very happy together. We also know that her dad is a race car driver and her mom owns a Pilates studio in California.

Some men have a lot of style, and Schulz is one of them. He credits a lot of that to growing up in New York City where fashion is something that most everyone finds important – even when it seems like they don’t. He’s someone who has a lot to offer in terms of his fashion sense, and his fans seem to appreciate that.

9. He’s Not Into Drake and Sneakers

When Jordan reached out to Drake to do a collaboration on a pair of sneakers, Schulz did not get it. He doesn’t have a problem with the singer, of course, but he feels that Drake is a woman’s man and that his fan base is the ladies. Why reach out to him for a sneaker when something like perfume would be better?

10. His Worst Job Was in the Restaurant Industry