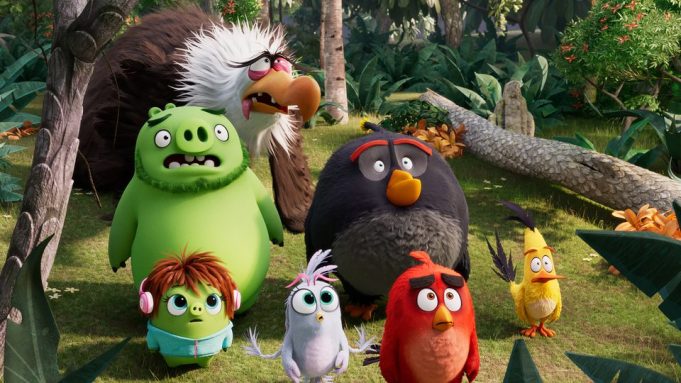 It seems as though it would have been impossible to see an alliance between the pigs and the birds by the end of the first Angry Birds, right? But common enemies make strange bedfellows it would seem since even the most bitter of enemies tend to become bonded when they have to face an enemy that means to take them both out. The cast, as you can imagine, is being expanded as Jason Sudeikis, Danny McBride, and Josh Gad will return as the memorable trio of Red, Chuck, and Bomb, while Peter Dinklage will be making a return as Mighty Eagle. This time around however the main baddie is going to be played by Leslie Jones, whose character is going to attempt to use cryokinetic technology to freeze everything in her path. Bill Hader will also be returning thankfully as King Mudbeard and already the trailer makes it look as though this movie is going to pop off some time after the destruction of the pigs’ island with Mudbeard looking for a way to get back at Red and the other birds for their attack, as you might suspect. When Zeta starts making herself known however things tend to get a little nutty.

Anyone that’s played the Angry Birds games knows very well by now that the evolution of the games has included Zeta and a few other characters over the years as they’ve gone from the classic mode to space to Star Wars and even Transformers, but let’s hope the latter two don’t make it onto the big screen since, well, it’d be a death knell for the Angry Birds it seems. But so far this movie seems like it’s going to be even funnier than the first one, which some people might not think is all that big of a step since there are folks that honestly didn’t care for Angry Birds and thought that it was better off as a game. It’s true that the first movie didn’t even involve the customary and well-known slingshot until the final battle, but thankfully that doesn’t seem to be the case in this movie as the slingshot will make an appearance earlier and will hopefully be used more often. Plus, no matter how far the game has come, the idea of the pigs and the birds uniting is something that seems kind of unique since they’ve been pitted against one another for so long that seeing them as anything but enemies might be kind of interesting.

Plus if you watch the trailer things don’t get any lighter when it comes to the movie’s sense of humor. As most people know if they watched the first movie it was kept fairly light at times, but there were moments when the humor got pretty raunchy and even a little dark for the likes of a kid’s show. Be that as it may, it would seem that a lot more adults enjoy Angry Birds than kids do and the jokes were geared in a way that more adults would understand even if the movie seems like it should be kid-friendly. That’s not always the case as we understand it now since movies like Sausage Party and a few others have hammered that notion into our skulls easily enough. But Angry Birds has always had a rather morbid sense of humor to it since honestly the whole idea of the game is that the pigs are seeking to steal the eggs in order to eat them, something the birds can’t stomach since their children are in dire peril because of this hunger. But what’s a bit confusing with this story at the moment is that there will be birds that will be battling the other birds, which forces the the birds and the pigs to align with one another. There’s a good enough story to make this possible and make sense at the same time, but the hilarity that’s going to come from it is likely to be pretty dark and rather gritty in many places. In the trailer after all there is a moment when three young birds go walking into the brush to recover a cluster of eggs only to find a boa constrictor guarding the eggs, presumably for later consumption. The next shot shows the birds coming back out, each one of them wearing something made of snakeskin. When one of them says “that got dark” they’re not kidding since the implication is pretty easy to figure out.

Angry Birds is by and large not a kid’s movie but is easily okay for teenagers and adults since the humor is easy to follow and twisted enough that those with life experience and a desire to hear something off the wall and humorous might get a good laugh out of it. This movie will be worth checking out.