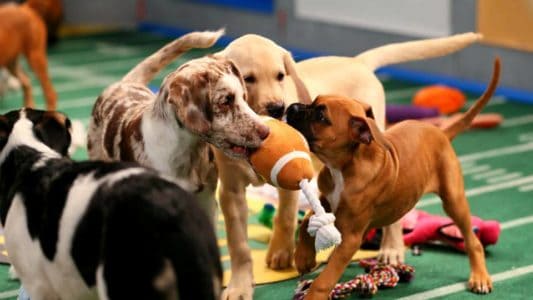 If you’re into watching puppies and kittens frolicking about on a continual basis then mazel tov to you, but some folks might be slapping their hands to either side of their head and pulling a Kevin McAllister about now since 94 hours sounds like WAAYYY too long to be devoting to little more than puppies and kittens being born and then growing up as Animal Planet has come up with a way to cheer a lot of people up amid the coronavirus issues that we continue to hear on the TV and in social media. I’ll agree with Kevin Burwick of MovieWeb on this point, people are demanding more entertainment and new stuff amid this pandemic, but people should probably start to realize just how much content is still on the internet, on streaming, on social media, and so on and so forth since we aren’t hurting for entertainment in any way at this point. This is the kind of time when we should be thinking that we can finally catch up on those old shows we wanted to see, or watch the movies that we never had time for in the past, and just think about the moments that we’ve missed that we can make up for. But as cute as puppies and kittens can be, there’s something a little TOO cute at times that might make a lot of people want to just turn off the TV and stare out the window to watch the morning dew dry on the grass as it grows. Oh yes, it’s cynical, but it’s also a welcome relief from the overwhelming cuteness that can make a person want to vomit a glittery rainbow.

At this point and time a lot of people might fall into the whole cute and cuddly aspect of this show and hey, more power to them if they want to spend their time watching the little scamps play and tussle with each other as they try to tune out the world for a while. It’s still going to be there when the 94 hours is up, and it might be that Animal Planet will come up with some other way to distract people as they attempt to ease the current tension that’s thicker than the skin on a pudding cup after being left out for a week. It’s the effort that counts after all and admittedly they are doing what they can along with a lot of other entertainers who are trying to chip in and bring people some form of entertainment that should hopefully last them for a bit. Those that are attempting to share their newest material on streaming or by releasing movies on digital are at least trying to help out, though the prices that some folks are charging for the movies are hard to accept since many people as of now are prioritizing just where they put their money and what they’re spending it on, meaning that new subscriptions, movies for rent, and other entertainment expenses aren’t being seen as all that important. Tyler Coates of Wired has more to say on this subject. While the entertainment industry is highly important to a lot of people, primarily those who happen to work within the industry, it’s not always an essential part of life for others.

Some folks can stand to watch puppies and kittens all day and all evening, while some might leave it on as background. Others however are more interested in various forms of entertainment and aren’t quite as enamored of watching animals play all day. That’s the beauty of entertainment though, there’s plenty of it and if you can afford to you can have at least one or more streaming networks for a fairly cheap price and have an entire years worth of entertainment at your fingertips. Now that a lot of studios aren’t doing much since they’ve been shut down and won’t be coming back for a while apparently it’s time to catch up on all that stuff you might have wanted to watch but didn’t have the time or the inclination to do in the past. Or if you’re just a big Animal Planet nut then you might want to put the channel on and let it run for a while as you enjoy whatever you can during the pandemic. After a while some folks might go stir crazy watching animals and nothing else, but some can do this and be completely at ease apparently, as it is true enough that animals can offer a lot of stress reduction just from their mere presence. Thankfully there are channels that are out to help and provide programming that a lot of people will find to their liking during this time, but again, this is something that will appeal to some people but not everyone since the mere idea of watching puppies and kittens for this long actually makes some people itchy.