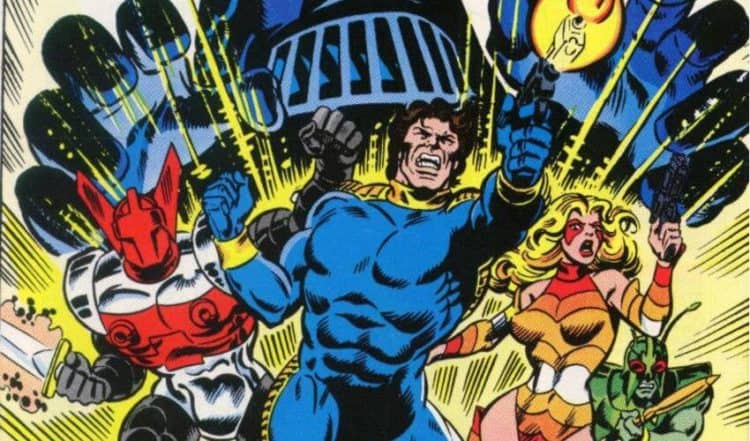 There’s been mention that the Micronauts, a little-known superhero group from the 80s, is going to be turned into an animated series, but there’s no telling when it’s going to appear. The idea is that it’s coming though and will be another show for people to get excited about. The only difference is that the Micronauts aren’t quite like other superheroes since they’re galactic explorers kind of like the Guardians of the Galaxy, but they’re no bigger than action figures in our world, which makes them quite a bit different since the perils that they have to deal with are far more than any other group. Back in the 80s, they were fairly popular for a while but they never really did make the jump towards being the type of heroes that were seen on a regular basis. Out of the many heroes and squads that Marvel has produced over the years, there are quite a few that didn’t really get brought into the present day, though people are always on the lookout to find Easter eggs that might denote the supposed appearance or perhaps the tease of certain individuals or groups. If there ever was an Easter egg to be found concerning the Micronauts it might have been found in Ant-Man or the Guardians of the Galaxy, considering various aspects of the group.

The Micronauts have never fully disappeared from the comics, but they’ve been a little-known group save to those that might have picked up a comic back in the 80s and found that they were hooked. This group has interacted with several of the better-known heroes and villains in the Marvel universe, and in the 90s it was established that they were being considered for their own animated series. But as anyone can guess things didn’t really work out that well since they’ve been a little-known band of explorers for a while, but rumors of their appearance in a project to come have been floating around for a little while now, and if animation is where it needs to happen then so be it since to be fair it might actually be a good idea to start with. In this manner, it might be easier to get people used to the idea of the Micronauts before they’re unloaded as a live-action series or possibly featured in a movie, where they would have to be nearly perfect and fully explainable to get the fans in the mood to simply accept them. After all, it’s been seen more than once what the fans think of surprises that they’re not ready for, as that can go one way or another, though it’s usually something that is better when the surprise comes in the form of a hero or villain that is well known to the fans.

How long it might be until we get to see the Micronauts is hard to say, especially with all the projects currently being worked on, but the fact is that it does appear to be happening and that we could possibly see it sooner rather than later or not at all. As the number of superhero movies continues to expand and move ever outward, inward, and in all possible directions, it’s going to be obvious that they’ll diversify in a very big way to keep people guessing and entertained with as much different content as possible. There have been several groups and individual that have emerged over the years that have been anything but conventional, but the Micronauts will likely challenge the fans in a big way since apart from Ant-Man and anyone else that’s been able to experience life from a much smaller perspective, there haven’t been a lot of heroes or villains that have been able to promote the type of adventures that the Micronauts are going to be able to display. Given the fact that they have their own adventures and still have interacted with others in the Marvel universe, it’s a hope that they’ll be kept within the Marvel family but it’s not known yet where they’ll be showing up. They have been a part of Marvel comics for a long time now, but there’s no telling what’s going to happen with the animated series and what’s going to come of trying to push them any further in the months and years to come.

The slate is so full of heroes now it’s very difficult to say how long this is going to be sustained since at some point it does feel that people are going to start feeling a bit of fatigue from the many different superhero movies and shows that have been coming out over the last decade and more. One more animated series couldn’t hurt, but we’ll have to wait and see how things go before making any snap judgments.