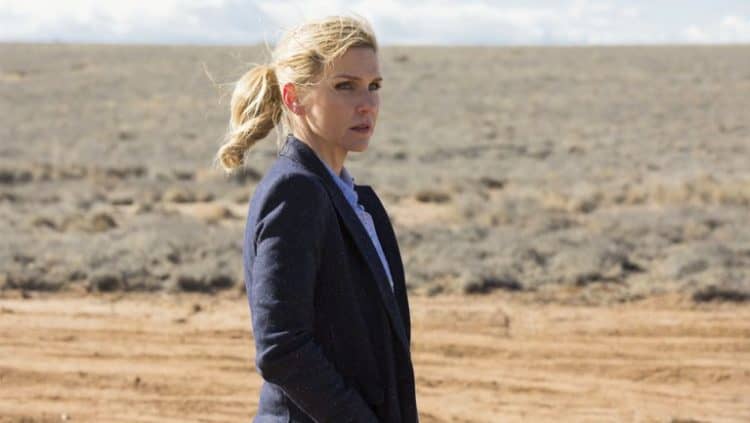 So far, just from the description given, The Harper House sounds like another version of American Dad! with the roles reversed since the kids sound eerily familiar, but it’s likely that the show will be as different as it possibly can be from just about any other program. Starring Rhea Seehorn and Jason Lee as the parents, this animated adult series is likely to be something along the lines of shows that we’ve seen before in some regards, but will no doubt still be its own entity in every way that counts, hopefully. It’s hard to say really since there have been so many shows that have come out lately that have similar elements to one another and yet attempt to break off from the norms for said shows that it’s become a bit difficult to really put them all into one category without having to lump them all together at one point. That should be a good thing really since it would mean that they all stand out in their own ways, but the connected elements that bind them all together in one way or another are too hard to miss since it would indicate that the original ideas are still being mired in the tropes and archetypes that have been passed around like party favors for so long. With that in mind though, one has to think that this is simply the way it is and that breaking out and being truly original isn’t always guaranteed to get the most attention that one wants for their project.

There are already a few things that can be deduced about the show since it goes without saying that the mother will be akin to the queen bee of her home since she’s the breadwinner and the person that keeps everything afloat. That alone sounds like something that will be pushed in a big way to keep showcasing the idea that women are stronger and more empowered in this day and age and are constantly taking care of everyone in the household. Anyone that smirks at this and just shakes their head would certainly be entitled since the idea of single-mother homes and homes in which the woman is responsible for everything and everyone does exist obviously, but whether they’re the norm or not is definitely up for debate. Plus, the idea of a mother that lords over her house in this manner without feeling the need to grouse about everything is about as likely as a man that has the same position. In other words, The Harpers is going to be a bit exaggerated since the gender roles are going to be switched but still thrown out of whack just a bit for entertainment value.

Reading that the father is going to be a helicopter parent, which many people should know the meaning of at this point, is kind of funny since it would indicate that he’s going to be a bit insecure and likely be a bit needy as well. Already this show is sounding hilarious not just for the content, but because it’s bound to poke fun at a variety of issues that are seen to take place in many homes since the times have changed and people have changed with them for better or worse. The fact that it’s going to be an adult animated series tends to mean that it’s going to deal with a few things that might not go over well with kids and might be difficult to understand, but one can imagine that kids will find a way to watch it anyway since, well, that’s just how kids work sometimes. It’s especially true if parents tell their kids NOT to do something, which is only bound to make a kid want something even more. It’s likely that it won’t be so terrible that kids can’t watch it, but there’s still every idea that it could be something that parents might want to watch before deciding whether or not their younger kids should be allowed to watch. So far the whole idea doesn’t really sound that bad, but without seeing it yet there’s simply no way to tell just how good or bad it’s going to be. But considering that it’s on CBS it’s not bound to be that horrible.

One could argue that even animated shows are bound to get a little controversial every once in a while since being adult-oriented they’re bound to deal with some material that kids probably shouldn’t be exposed to at certain ages. But the idea that it will be that bad is hard to say with a straight face since animation does have certain rules to follow unless it’s being created for channels that have few if any limits. There’s a good chance that The Harper House will be interesting to watch, but it won’t be that controversial in nature.