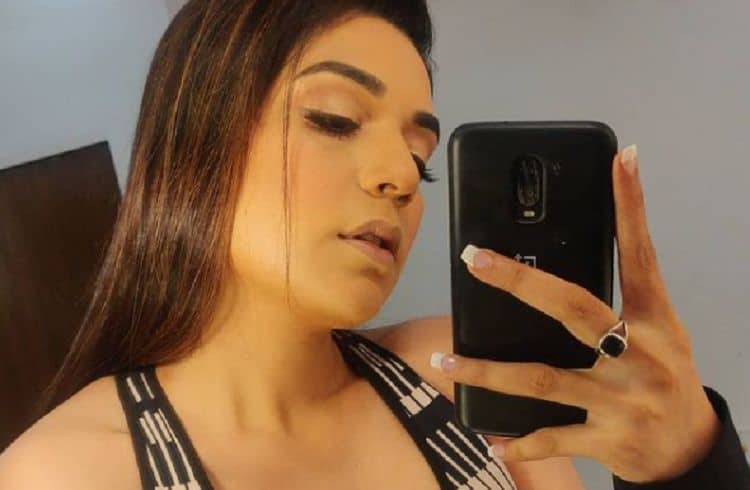 She’s an Indian actress and model, but many people know little about the personal life and upbringing of Anjum Fakih. It’s not that people don’t want to know more about her, though. She’s simply so good at what she does that fans get lost her in beauty and her talent, and they don’t realize she has a full life outside of her work. That’s why we’ve taken the time to learn as much as we can about the young model and actress, and we thought we might share that information with you.

She looks a lot younger than she is, however. This is not to say she’s old by any stretch of the imagination. It’s only to say that she’s 30, but she looks like she’s in her early 20s. She was born on September 12, 1990.

She was born and raised in India, and she is still there. She decided at the age of 19 that she was ready to do something to make her dreams come true, so she pursued a career as a model. She’s worked for major designers on huge campaigns, and she used that to help her get a foot in the acting business.

3. She’s Happy With Her Body

The great thing about this beautiful young woman is that she’s very happy with her body. She’s faced criticism for her body in the past – as so many do – and she’s making sure her fans and those who might not have very many nice things to say about her are very well aware of the fact that she’s good in her body, thank you very much.

She recently told her fans that she’s very comfortable in her own skin, and that is what makes her so confident. She’s good with how she looks. Some have called her fat in terms of having belly fat, but there is nothing fat about her. We appreciate that she’s not going the route of anorexic or calling herself plus-sized in a world where body image is so misconstrued. She’s healthy, and healthy is what’s important.

5. She Likes Being Controversial

All right, she might not like to be controversial in every aspect of her life, but she’s appreciative that her alleged belly fat has given the world a chance to talk about such a stigma. She’s glad that there are conversations being had about confidence and health, and that she was able to make that happen with nothing more than a photo she didn’t edit.

6. She’s Not Worried About Your Opinion

Anjum Fakih has worked very hard to get where she is in life, and she’s not worried about how anyone else feels about that, what everyone else thinks about that, or what anyone else has to say about it. She’s happy with her life, and that is all that matters.

She tells the world what she’s feeling when she’s feeling it. She’s not shy about her emotions or her opinions, her feelings, or keeping a certain image. In fact, she’s worried about being authentic and being real more than anything else, and we think that’s a lesson the entire world could use.

While she makes it very clear she’s not into being a person who keeps things to herself or doesn’t share her feelings, she also knows how to do this while still maintaining her private life. She recognizes the fine line between being open and honest with her fans while also keeping the things that are closest to her heart to herself. That’s a fine line, but it’s one she’s become good at navigating.

If there is one thing she’s good at doing, it’s maintaining a positive outlook on life. She’s happy to be someone with a positive attitude and opinion, and she tries to remember that there is always good in everything she does. It helps that she also has such an energetic personality, too.

Don’t get her wrong, however. She loves acting, and she is happy to be where she is. Modeling is something she did a long time ago, and it was merely a stepping stone in her career. However, she misses the runway. It was one of her favorite things to do as a model, and she tries to make time for modeling when she can between her acting jobs. She’s got fond memories of it, and it’s something she was good at doing.