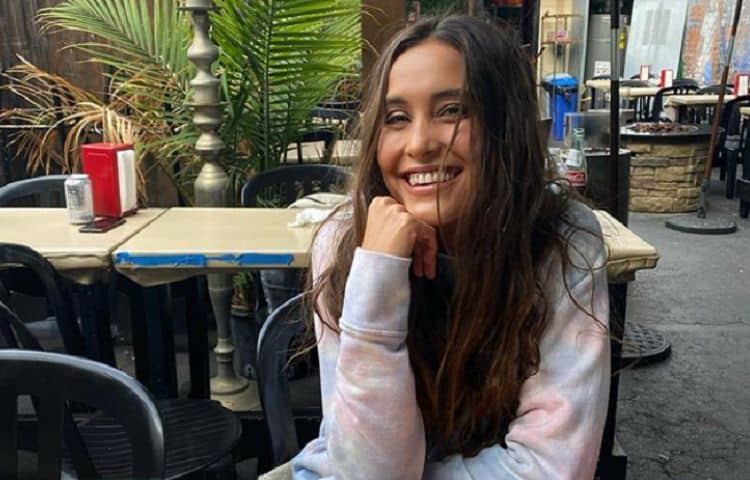 Anna Herrin is a woman who lives her life in a bikini. She’s a model, and she spends a lot of time shooting for companies that require her to wear their swimsuits on the beach while she enjoys frolicking and playing and having the best time. It is not a bad gig if you can get it, and she knows that she’s got it going on with her life the way that it is right now. She’s not mad about it, either, but we thought that it’s our job to get to know her a bit better. You know her face, and you’ve probably bought some of the suits she’s wearing in her shoots, but do you know anything about her as a person? You will after this.

Anna Herrin loves yoga. She loves to be with herself, to find her inner peace, and to work through her things with the yoga practice she enjoys. She’s been known to hop on a plane and head to another country for the sole purpose of actually going on a 10-day yoga retreat just to be with herself. We feel that, too.

2. Losing Track of Time is Good for Her

If there is one thing she knows she’s doing right, it’s life when she is doing something that causes her to lose track of time. So many things in life make you want to look at the clock as often as possible, and she’s someone who feels that looking at the clock is a problem. She likes to lose track of time so she knows that she’s thoroughly enjoying herself and making the most of her life when she can.

Some people like hats. Some people like sunglasses. She likes both, but she finds that sunglasses are easier since she can travel with them. She likes to keep her face and eyes protected, and that’s important to her. She’s all about keeping herself together and protecting her face.

Most people know that sunscreen is an everyday necessity and that they need it. They have to wear it to protect their skin. She breaks out when she uses it, so she’s always on a mission to find some that works with her and that she won’t break out or turn red using, but she uses it regardless because healthy skin is better than skin.

Some people like tea. Some people like coffee. Some people don’t like either. Anna Herrin is a coffee person. She says she’s pretty shameless about her coffee addiction, too. She’s not whole and functioning in the morning without a cup, but we get her. We feel that on another level that’s more like two or three cups, but we aren’t talking about ourselves here.

6. She Loves the Beach

She’s a model, so most people assume she’s not a food person. After all, the common misconception is that models don’t bother with things like eating food, but she likes food. She likes good food, too. Tacos and pizza and what seems to us a long list of comfort foods that will make your mouth water and your soul feel so good about the way it’s living. We are down with that, and we have no problem with people who want to live their lives like that, either.

8. Travel is a Passion for Her

Not just a simple passion, either. She loves it. She loves to follow travel accounts on social media, which we imagine helps her find inspiration where to go next. She’s got a lot of favorite places to travel, and we imagine she finds a lot of her creativity and her passion when she’s on the road or in a plane and looking at her next adventure. We are on board with that one because travel is always a rich experience that cannot be learned anywhere else. If you’re not learning other cultures, seeing the world, and immersing yourself in the ways of life of other people who are not living your life, are you even living your life? Travel is so good for the mind, the body, and the soul when you love it.

She is not a woman who likes to do the same things every single day, but her life is also not the kind of life that allows that. She’s got a new job, and a new location, and a new mindset each and every day, and she goes with that flow as often as possible. She’s working so much and so hard on things in her life that revolve around those things, and she’s got so much in her world that works for her. But, routine is not one of them.

10. She Has One Constant in Her Life

And that constant is to hit the snooze button every single day. You already know that she’s not someone who is very routine oriented in that she has specific rituals she needs to follow every single day. She likes things to go with the flow and she does what needs to be done on any given day, but she always hits that button. She is never up on her first alarm, which we think is a ritual a lot of us get on board with even though we have the best of intentions to do otherwise.