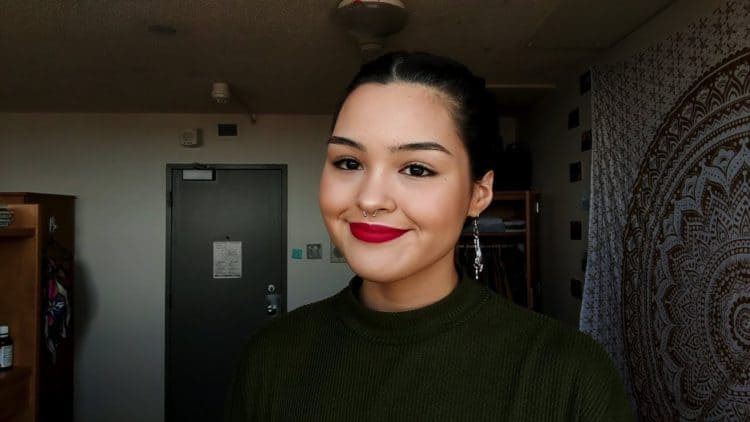 The cast from the new show “Trickster,” is making waves in the press lately. The show has gained serious traction, and everyone is looking to learn more about the cast and everyone involved in the Canadian hit. Right now, Anna Lambe is one of the most famous people on television because of her role in the show as Sarah. If you don’t recognize her, it’s all right. You’ll soon recognize her each time you see her without hesitation. That’s how big this show is going to be. Let’s get to know her better right now.

Like pretty much everyone else in the show with her, she’s from Canada. She is Inuk, and she is from Iqaluit, Nunavut. This might not be her first role, but this is going to be the role that turns the young actress into a household name across the world.

2. She Didn’t Think She Could Be An Actress

One thing that she is very clear about is the fact that she did not grow up thinking she could be an actress. She didn’t think it was something that was an option for her growing up in Iqaluit. The opportunity to do something like become an actress is not something she saw often growing up and, and she simply never thought it could be for her.

She’s currently enrolled in college. She’s studying International Development and Globalization. She’s attending the University of Ottawa, which is where she was enrolled when she found out she’d been given the role as Sarah in this hit new show.

4. She Was Called to Audition

When she saw the role of Sarah was looking for actresses, she was not going to do it. She told herself now. She was in college, she was busy. She was not going to have the time to do this. So, she waited until the very last moment, but she continued to feel such a pull in the direction of making an audition tape…and she sent it in. That was that.

5. She Hopes to be an Inspiration

She is hopeful that she can be an inspiration to other young women who simply do not feel that they have the same opportunities. She didn’t feel she had them growing up where she did, and she did it regardless. She hopes her story will help other girls who feel the same way that she did understand that there are always opportunities and you simply have to find them, make them, and be about them.

6. She Just Went Home for the First Time

The Christmas holiday was a special one for her. It was the first time in a year that she’d been home to see her family or even home in general. She had to go into isolation so that she could do it and see the people she loved the most, but she did it. She was happy to do it, and she was grateful to spend her time there.

7. She Knows She Has to Take Care of Herself

We are not just talking about her obvious talent as an actress, either. She’s also a talented jewelry designer. She shows off her work on her social media pages, and it makes us feel good and happy when we see what she’s doing and how she’s doing it. Her earrings might be our personal favorites, and we think she should keep it up even when she’s too busy, too big, and too famous.

Anyone can wear a wig, but she wears a wig. She wears it well, and she just makes us feel like there’s nothing she cannot do, cannot wear, and cannot handle that doesn’t look good on her. More accurately, she clearly makes everything look good, but she can really rock a wig.

She might be young and on social media, but that doesn’t mean she’s spending her time sharing too much about her life. She has certainly invited us into her life and shown us some lovely things about herself, but she’s not showing too much of her personal life to anyone unless she feels it is something she’s comfortable with.