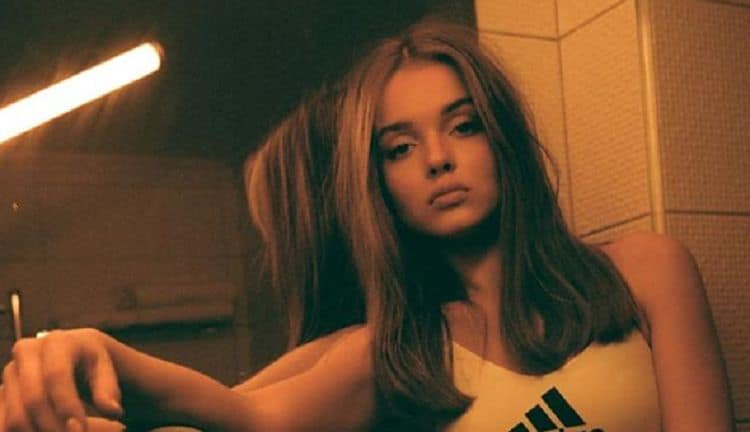 Social media has proven to be more than just a platform to share photos and keep in touch with friends and family. It has become one of the best ways to achieve fame and opportunity. 18-year-old Anna Zak knows this first hand. The young online celebrity has used her social media presence to transform herself into an international star. From posing for pictures to singing and dancing, Zak has shown that she can do a little bit of everything and her followers love her for it. But as Anna’s fame continues to grow, so does people’s desire to learn more about her. Luckily, we’ve got some intel on the teen star. Keep reading for 10 things you didn’t know about Anna Zak.

When people have names that are long and/or hard to pronounce, they tend to shorten them into something simpler. That’s exactly what Anna Zak did. Her last name is actually Kuzenkov. Apparently, she decided to use Zak in her professional life because it’s much catchier than her legal name.

Most people who get big on social media are hoping to eventually make it to TV or film, but it’s opposite for Anna Zak. She actually got her start on TV. When she was 14, she appeared on the Israeli reality TV show The Boys And The Girls. Since then she has appeared on several other shows and is currently a host on To Be a Singer on the popular Israeli network Music 24.

3. She Is Signed To A Modeling Agency

In addition to being an Internet star, Anna Zak is also a professional model. She is a natural in front of the camera and is signed with ITM Models in Israel and has worked on several campaigns. In addition to fashion photo shoots, she has also graced the cover of some Israeli magazines.

4. She Started On Musical.ly When She Was A Young Teen

Before TikTop, there was Musical.ly. The app was popular among young users who enjoyed posting singing, dancing, and lip syncing videos. Anna Zak for her start on Musical.ly when she was just 13-years-old. She continued to grow her following on the app and became one of the most well-known users when Musical.ly merged with TikTok in the fall of 2017.

In addition to being multi-talented, Anna Zak is also multi-lingual. She speaks English and Hebrew fluently. She learned Hebrew at a young age when her family moved from Russia to Israel when she was just 9-years-old. She has lived in Israel ever since and is very connected to the culture there. Being able to speak more than one language is a valued skill, but especially for someone with an international platform like Anna’s.

Height is usually a prerequisite for modeling, and Anna Zak has plenty of it. She stands at 5’11” which puts her well above the average height of women and men in most countries. In Israel, women average at about 5’2″ which means Anna is probably towering over most of the other girls her age. Although being unusually tall can sometimes lead to jokes and stares, Anna has been able to use her height to her advantage.

7. She Is One Of The Most Well-Known Israeli Social Media Influencers

Social media may seem like a joke to some people, but as Internet personalities have continued to grow they’ve proven that online popularity has real world power. In 2017, she was named the most influential Israeli Instagrammer – considered even more influential than internationally known model, Bar Rafael.

8. Her Father Is Jewish

Anna Zak’s father, Denis Kuzenkov, is Jewish. However, her mother is not. Zak’s parents separated when she was just a child and she was not raised in the Jewish faith nor does she have any plans on converting. Despite not being Jewish, Anna still has great love and respect for Israel and its traditions.

9. She Has A Partnership With Samsung

Working with big brands is every young stars dream. Fortunately for Anna Zak, that dream has already come true. Anna has a partnership with Samsung as part of the company’s We Are Samsung campaign which is made up of the top 27 Israeli Instagrammers.

10. She’s Been The Face Of Several Marketing Campaigns

Samsung isn’t the only major company Anna Zak has had the pleasure of working with. Throughout her career she’s been the face of marketing campaigns for some very familiar names including Veet and Office Depot. With 2020 already off to a great start for Zak, there’s no telling who she’ll work with this year.