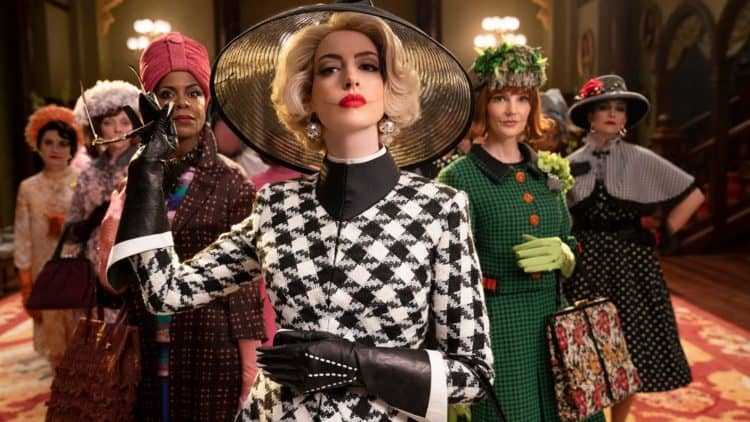 If you haven’t bothered to look it up yet it might be time to see just how this version of The Witches stacks up with the original since some folks happen to think that Anne Hathaway might actually be a contender to one-up Anjelica Huston in this remake of this movie and there are those that are inclined to agree. To be realistic here, comparing a movie from 1990 to a movie that was just released this year isn’t really fair since in thirty years the effects used to make these movies have increased in a huge way. From the CGI to the practical effects and even the acting, things have changed quite a bit in three decades. But taking Huston in her prime with Hathaway now, it feels that a lot of people might still pick Huston since she’s been such a great actress for so long and she’s one of the few that makes it clear that when it’s time to be wicked, she doesn’t have a lot of peers that can match the sheer talent that she brings to the table. Hathaway is definitely skilled and has a great deal of talent, not to mention the career and awards to prove it, but she’s still not Huston, and the best she can do, which is still bound to be amazing, is to give Huston a run for her money.

A person might have to go and watch the original movie once again just to remember how insanely effective Huston is when it comes to playing a villain. Plus, it does feel as though the use of CGI is going to be a little excessive in this new movie since the thing to do these days is to put as much effect into a movie as possible in order to be as impressive as possible. While CGI is definitely a boon when it’s applied in a way that enhances the story, there are times when it feels as though it’s slightly less effective if only because it becomes a sort of crutch that the movie needs in order to really wow the audience. One has to remember that practical effects, despite taking a lot of time and material to achieve the right look, are often preferred since they come off looking realistic when they’re well done and don’t have the disadvantage of appearing too cheesy or overdone. Of course, practical effects can appear just as corny as CGI, but how effective they are depends on who a person talks to and what their preference is. Some would say that CGI is a waste of time, but others tend to praise it since the attention to detail can make a big difference between what’s acceptable and what is considered to be borderline garbage.

So far from the trailer, it does look as though this new version of The Witches could be kind of entertaining and it might even be a great new adaptation of the story since it does offer up a few differences, such as bringing Octavia Spencer as the grandmother and former witch hunter and bringing in Jahzir Kadeem Bruno as one of the young boys that are turned into a mouse by the witches. The change from using white individuals to POC for the parts of the grandmother and her grandson is kind of interesting, but given how great of an actress Spencer is there doesn’t appear to be any reason to really say much about it. Plus, so long as Jahzir can act, which it would appear he can, there aren’t any problems with the swap. If there’s one thing about swapping people of color for a role or vice versa, it’s that it shouldn’t matter so long as the people that are being brought in for the role can act. Anything else is just a heap of details that can be figured out along the way. So long as the story is being kept roughly the same it shouldn’t be a big deal who’s heading up certain parts of the cast, as it should be noted with Hathaway, who still has many detractors that happen to think that she’s not worth casting in various parts. If she’s able to make it work, then so be it.

As far as comparing her to Anjelica Huston…yeah, no. The problem with comparing one person to another is that everyone has a different style, everyone has a different reputation, and most of the time even trying to compare them is like comparing apples to oranges, or some other analogy. When comparing Huston and Hathaway it’s almost like trying to compare a finely aged and superb wine to a popular party drink. Both have earned their admiration, but the latter certainly still has a ways to go to be considered as legendary as the former.