Home
Movies
Ant-Man 3 is Happening: What We Know so Far 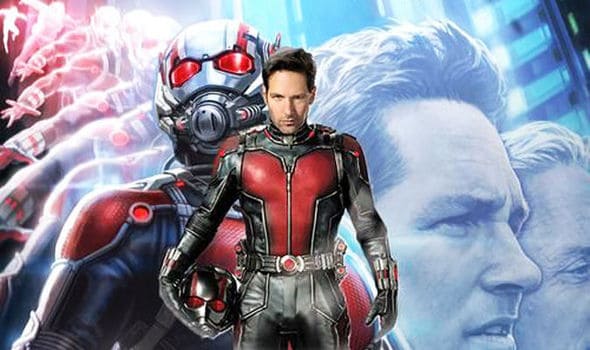 You kind of had to think that Ant Man would be making another trip through the MCU since he became quite a fixture in his time among the other movies and actually became one of the more enjoyable and important parts of Endgame. The quantum tunnel and the fact that he was the test subject for time travel were pretty much a big part of his character, but the fact that he turned into Giant Man during the final battle and yet didn’t get the chance to stomp on Thanos makes it kind of obvious that as great his character is he’s still considered kind of a support figure and not the main hero. Ryan Scott of MovieWeb has stated that the next movie won’t be likely to start shooting until late 2020 or early 2021, so that would put him into Phase 5 of the MCU along with the sequels to Black Panther and Captain Marvel. Who he’ll be facing is anyone’s guess, but at this point there are a lot more questions than answers and it’s going to be some time before we get the real lowdown on this movie. Knowing that it’s being prepped to be included in the lineup is good enough at this point though, but there are, as always, a few pointers that might interest some people since Ant Man is a little more important than some might think.

First off is the constant reminder that Hank Pym was, in the original Marvel appearance of the Avengers, a founding member along with Janet van Dyne, the original Wasp. Together with the Hulk, Iron Man, and Thor they formed the iconic group, and Captain America came later on. As the years have gone on however Ant Man has kind of taken a back seat quite often to the other heroes despite what he can do and what he’s capable of as a scientist. While Tony Stark and Bruce Banner are both geniuses and have proven it more times than a person can easily count, Hank Pym was also a genius, though as it can be seen in the Ultimates comics he’s something of an unstable character that is more akin to a frat boy with a high IQ. Scott Lang is another character entirely that’s very bright but not quite on Hank’s level, though he does have a skill set that makes up for this. In short, Ant Man in the movies versus Ant Man in the comics is an issue that has been created much as as the rest of the heroes on Marvel’s roster, and moving forward with it is the only real direction that can be taken at this point.

Who the villain is going to be might be interesting though since if there was one gripe about the last movie it was that Ghost was interesting and kind of cool, but the back story and the buildup just felt kind of weak. She was definitely a great addition to the story but it almost felt as though another villain needed to be introduced to really build the tension a little more. Ant Man has for a long time been a hero that’s kind of lived off of the success of his teammates and at the same time has fought the same villains that the Avengers and other heroes have taken on. Ultron was a big one, Taskmaster was another, HYDRA was a big issue as was AIM, but as far as his own villains it would almost seem as though Hank Pym and Scott Lang have had to share their experiences a lot of times while their solo bouts with their own enemies have been kind of blah. It’s hard to say this from a box office perspective since both movies have thus far been quite successful, but then again as I’ve been saying the box office doesn’t say much as it reflects the number of tickets that have been sold, not the amount of eye rolls that go on during the movie. Ant Man has been a hit, there’s no doubt, but a lot of it has been because of Paul Rudd and his easygoing character that just wants life to make sense after getting out of the joint.

When he’s pulled into a life that he never asked for and eventually becomes a superhero by default, almost, he finally finds a purpose that his life needed and a group of friends and family that he can fully rely on to keep him on the straight and narrow. It’s going to be interesting to see where this next movie goes, but at the moment it’s unsure just who is going to be returning. So far Ben Tyrer of GamesRadar has stated that Michael Douglas is coming back, but that seems to be all we can say for now.