Home
Entertainment
Did Anyone Think Alicia Silverstone Would Still Be Acting Today? Good For Her 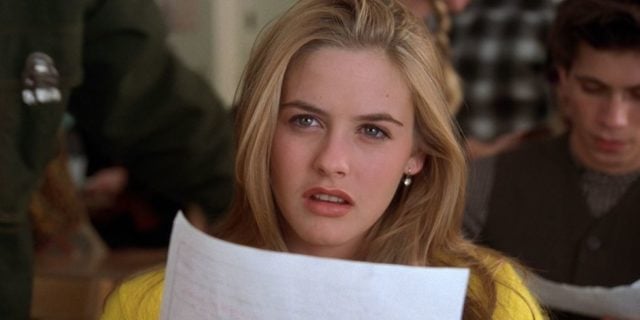 So let’s just put it out there that very few people, aside from her fans, might have expected Alicia Silverstone to still be acting today. The mere fact that she is stands as a testament to the fact that she’s still dedicated to her craft and isn’t about to just fade off into the distance any time soon. That’s pretty admirable really since some actors have done just that with their career when they finally hit the wall and decided that they just couldn’t go any further.

In the 1990’s you could barely go to the theater without seeing Silverstone in one movie or another, it was just a given that she would be there in something and that it might be lauded as a film worth seeing. As the 90’s rolled on though her popularity began to wane as new starlets started popping up and getting more attention, kind of stealing her thunder in some ways but overshadowing her in others. For a while Silverstone just kind of seemed to disappear into the background, as though she’d ceded the point that she was no longer the vixen and had to find a way to stay relevant.

But then came the movie Batman and Robin, which was indeed horrible but at the very least seemed like a chance for her to shine for just a little bit. In many ways though it came off as a last gasp in a career that was badly floundering and wouldn’t allow Silverstone’s head to remain above water for very long if at all. The Batman movies were in a slump, and in some ways it was almost as though she’d been lost at sea and was trying to take refuge on a sinking ship. In many ways she’d started her decline a while earlier but had only accelerated it by joining on for the ill-fated part of Batgirl.

She continued to act though, and still does today. She’s not as well known and doesn’t stand out as much as she used to. I mean come on, you remember The Crush and Clueless? She was front and center as the star and there was no one that could even begin to debate that fact. Her name had top billing and she was the young woman that young men fantasized about for a while. She had everything at that point and was riding a gravy train with biscuit wheels. Why it all went away is anyone’s guess.

She could have gotten tired of the constant pressure, fizzled out because of her age, or just been looked at like a has-been for all we know. But the truth of the matter is that she never really went away. She took smaller parts, lesser roles, but she kept plugging away and remaining on the scene all this time. There might have been moments when her presence wasn’t felt at all, but she was most likely still there, hustling and auditioning for the next role as she did her best to stay in the game.

Good on you Alicia, keep it up.