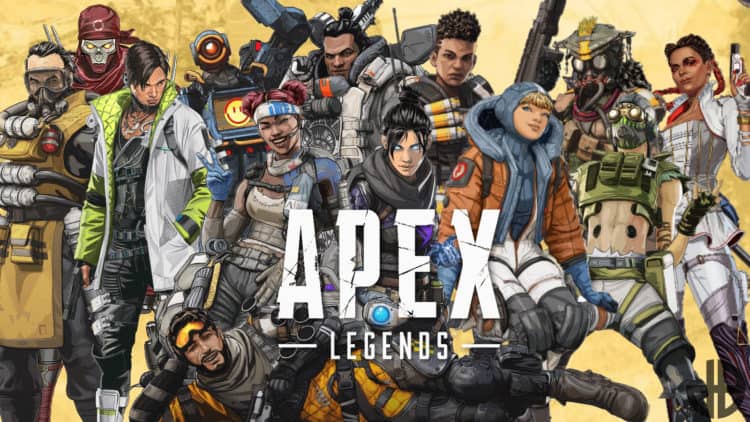 Apex Legends is kicking off a brand new event called “The Chaos Theory Collection Event” and it began on March 9, 2021 and will run all the way until March 23, 2021. In this update, there’s a whole bunch of fixes, items, and queue options available for solo Legends. We’ve also got a bunch of information regarding the launch of Apex Legends on the Nintendo Switch as well as the Caustic Town Takeover and the Ring Fury Escalation Takeover. So what’s going on with these new Apex Legends playlist takeovers? What do you get for playing Apex Legends on the Switch? What changes are coming to the queue options? Can you finally play on your own team without having to worry about those randoms that don’t know what they’re doing? Stick around and find out now!

Apex Legends released finally released for the Nintendo Switch on Tuesday, March 9, with full support for cross-platform play, the latest seasonal content, and includes all the features from the other versions of the game. Due to the Nintendo Switch launch of the game being a few weeks after the start of Season 8, Switch players will be granted 30 free levels for their Season 8 Battle Pass, and for the first two weeks after launch, playing on Switch will also earn you double XP. A brand new Legendary Pathfinder skin (called P.A.T.H) is also available as a free reward for players who boot up Apex Legends on a Nintendo Switch between the game’s launch and the end of Season 8 – Mayhem. So be sure to launch the game on Switch before May 4, 2021 to claim your free Legendary Pathfinder skin!

Check out what EA had to say about the brand new Caustic Town Takeover: “When life gives you lemons, you can count on Caustic to turn it into toxic lemonade. Breathe it in at the all-new Caustic Treatment; a new dominant mousetrap with lots of high quality loot that beckons all Legends who seek the glorious cheese.” The Water Treatment facility is now Caustic Treatment an was supposedly constructed to prevent the Crash Site fuel spill from reaching the ocean. “Forever the scientist, Caustic has set out an experiment that requires “test subjects” to drain the toxic liquid from the center of the facility. Doing this temporarily grants access to four gold loot items locked in cages. Players must be quick though, as greed can be deadly.” You’ll also notice that Mirage Voyage is now missing, this is due to the polluted fumes from Caustic Treatment “killing the vibe,” so Mirage took his party elsewhere.

Ring Fury is another playlist takeover that is being introduced into Apex Legends, check out what EA had to say about it on the official Apex Legends site: “Ring Fury is a new Apex playlist takeover that follows regular BR rules, but each round, one or more Ring Flares will appear on the map within the current ring. Ring Flares are slowly expanding pockets of the Ring within the Arena! Maggie sure does know how to start a party. Those who get caught in a Ring Flare will take damage equal to the damage dealt by the current round’s Ring. You’ll be given a short warning on the map and minimap before the Ring Flare appears. Legends will call out if they are in direct danger or if there’s one opening up nearby.” You may think that it’s impossible to avoid these Ring Flares, but you actually have a couple of different options when it comes to avoiding them. You can either try not to get caught in them (duh) or you can drop a new item called Heat Shields.

“Heat Shields cast a protective dome, pouring the deadly effect of the ring over the barrier for a short time, enabling Legends to loot, revive and generally make some amazing plays outside of the Ring. Plus, when you’re inside the dome, the use of healing items is sped up by 50% and the speed of Revives is increased by 25%. This bonus is ONLY given by Heat Shields that have been activated by the ring. Heat Shields on standby in the safe zone are conserving energy, and don’t grant this bonus.” At the beginning of each round, you’ll drop in with one Heat Shield in your inventory, but you can always pick more up along the way. However, you must be careful as the Heat Shield will slowly degrade in power as it’s damaged by the ring, and the damage progressively increases, so you shouldn’t expect to last too long in the final rounds of the game.

No-Fill Matchmaking is a brand new way to play the game solo, but why would you decide to play the game by yourself? Well, No-Fill Matchmaking allows you to focus on completing certain Daily and Weekly challenges, you can warm up, experience the latest lore teaser on your own, explore the map and experiment with characters that you haven’t had a chance to try before, and of course, it’s all about the challenge.