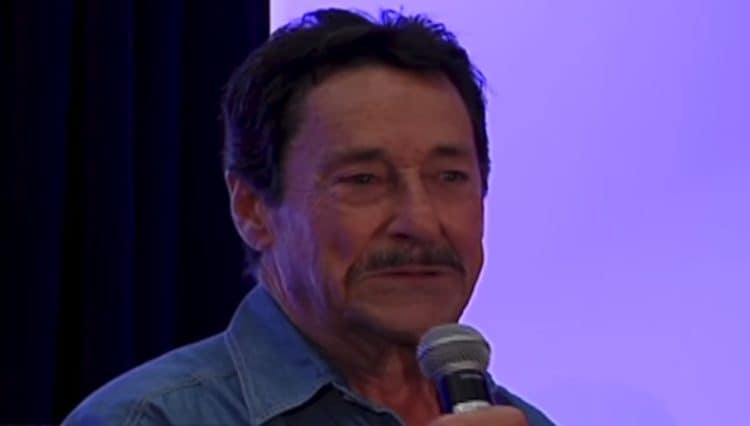 It’s easy to just say ‘damn’ and mean it when looking at Peter Cullen’s career, since the guy has been a voice actor for longer than many people have been alive, and will no doubt be remembered the most for one voice, in particular, that of Optimus Prime from The Transformers. It’s kind of amusing that he also lent his voice to the Go-Bots movie as well since there’s been a long-standing debate involving the Go-Bots and Transformers. But looking down his list of credits, it’s obvious that Cullen has been putting his voice to good use for a lot more than the two animated series that was mentioned since he’s taken part in quite a few animated series, be it to perform extra voices or the main character. It sounds as though he tends to limit his voice acting to actual characters and stays away from inhuman sounds after he tried to produce a roar for a King Kong production that ended up damaging his throat. He did provide his voice talents for Predator, however, as this might have been a little easier on his voice.

Optimus Prime has been such an iconic character in pop culture that it’s difficult to think that a lot of people who grew up with this character and still idolize the giant robot don’t know who Peter Cullen is. While we’re kids it’s easy to simply take an animated series for granted and not worry about who voices which part. The fact that Leonard Nimoy and George Orwell had parts in the Transformers animated movie escaped a lot of people when we were younger since we likely knew Nimoy as Spock and if we knew who the heck Orwell was then we were likely well ahead of our time. But Cullen has always been there as Prime, and his voice has been one of the most inspirational of all time

The funny thing about Optimus Prime’s voice is that Peter admits that he was inspired in part by John Wayne, and in part by his brother Larry, who was his personal hero as he was in the military at the time. It’s not much of a surprise that Prime is his favorite voice out of all of them, but he also was given the part of Ironhide as well, which to Peter was a double win. The thing was that he had no idea how popular Prime was until the Transformers Movie came out and the backlash over the death of Optimus Prime, which was heart-wrenching if you watched the movie as a child. Fans sent in letter after letter to Peter expressing their sorrow over the character’s death, which makes it all the better that no one else was ever tapped to play the part. Optimus became HIS character and he’s been adamant that he’ll stick with the character until he can no longer do it. There’s no doubt that the fans enjoyed hearing this since the popularity of Prime has been absolute for quite a few years. He’s the type of character that might be a little long-winded and gives speeches at the wrong moments, but in terms of creating a leader for the Autobots, Peter came up with a voice that has been easy to recognize for decades now and has inspired plenty of fans along the way.

It’s hard to tick off all of the voices he’s done over the years without wanting to write a book about it. Voice actors are hardworking individuals as well, but just a glance at everything Peter Cullen has done is enough to make a person think that he’s spent an inordinate amount of time in sound studios and has likely spent time around the world as well promoting one movie, show or another in order to help increase the popularity of whatever he’s been doing. Appreciating a career such as this is a thing of ease since one can’t help but be just a little envious that Peter found a calling such as this and embraced it so fully. The voice of Optimus Prime, among the many, has been one of the greatest in all of pop culture since the pitch and tone of it are recognized by so many people that one might almost call Prime a household name.

Peter is still working and he’s bound to keep at it until his voice gives out or he’s no longer able. That type of dedication to one’s work and to the characters that he helped to create is simply amazing, and it’s a joy to think that he’s still lending his voice for the upcoming Transformers movie. One thing is very clear, when Peter Cullen is no longer able to voice Optimus Prime it will be a sad day, and he’ll leave some very big shoes to fill.