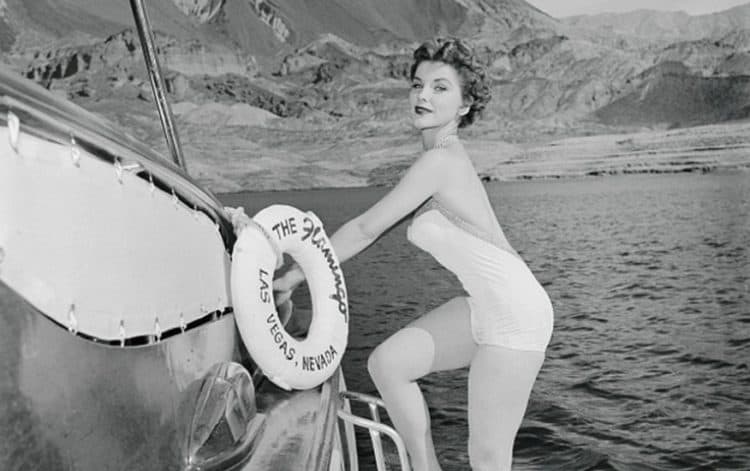 Think about it, when those of us that are still in our younger to middle years start to really get old we’re going to recall those actors and celebrities that were on the fast track with their careers during our day while our kids and other young folks are going to be rolling their eyes and calling them ‘old school’. Remember back in the day when we would do the same thing about actresses like Debra Paget? In fact a lot of us might still do the same thing as of now since it seems likely that a lot of folks wouldn’t even know about her without doing an internet search of her name. The great part is that you’ll find her without any problems since back in her day she was one of the most beautiful and talented actresses around. But it does bear a deeper search to find out just what made her career worth noting.

She was born in Denver, Colorado, to former actress Margaret Allen. At one point their family moved to Los Angeles in order to be closer to the film industry, which during that time was beginning to develop quite a bit and was a promising landscape that had a lot to offer. At one point Paget was enrolled by her parents in the Hollywood Professional School, as her mother was determined that Debra and her four siblings were going to make it in show business just as she had. Three of them made it, as did Debra, and she had her first job at the age of 8 and began to gather experience and steam as her career kept moving forward in the 40s. 20th Century Fox took a liking to her and signed Debra to a long-term contract after her performance in Cry of the City. She had several smaller roles after this up until the film Broken Arrow.

Now you might think that it was disturbing that at the time of Broken Arrow that she was 16 and her costar, Jimmy Stewart, was 42, especially since her character was supposed to fall in love with this much older man. But as there’s not much to go on it doesn’t seem as though there were any serious problems or resentments that came from this on screen pairing. These days it would raise a horrendous squall as public opinion would probably seek to get the movie banned and even thrown out, but back then things continued to progress as usual. From that point Debra’s career continued to rise as she participated in six radio plays for Family Theater in the 50s. Eventually she was given top billing by Fox in the film Princess of the Nile. The film wasn’t able to do much of anything at the box office however, though her fan mail was tremendous, third only to Marilyn Monroe and Betty Grable.

Debra officially retired in 1965, but was done by 1964 after her marriage to Ling C. Kung. This was her third marriage as she’d been married to David Street and then Budd Boetticher. There were rumors abounding that she’d been connected to Howard Hughes and even Elvis Presley had proposed marriage, as she’s reported. Gossip and rumor back in those days was no less virulent or swift as it is now, and whether or not her forays with Elvis were ever completely true or not the idea of her and Howard Hughes was something she stated never became too intimate since her mother was always around them when they were together, thereby making sure that nothing untoward happened. It seems that among the many actresses of Hollywood that those who were connected to powerful men and those that enjoyed successful careers were always under the spotlight, and nothing’s changed obviously.

Debra did enjoy a successful career but managed to get out when she could and it might be that she was wise to do so. Her career was pretty solid during her time however, and she did make an impact.