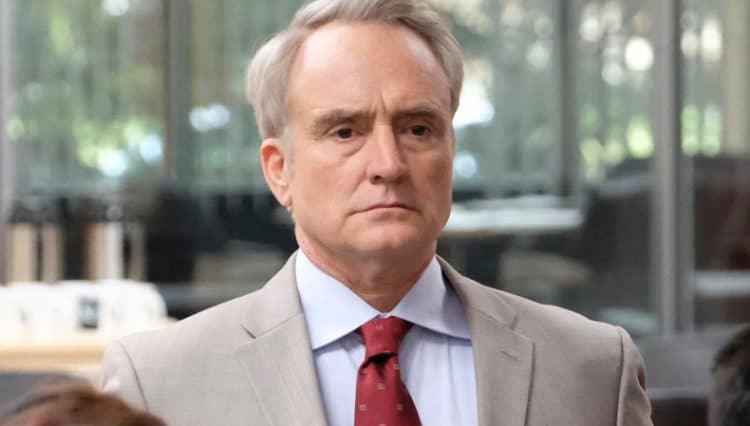 A lot of actors get pegged for the roles that they seem to be typecast in and Bradley Whitford is one of those that a lot of folks have come to know as the weasel-faced bad guy or slightly whiny-voiced, irritating character that seems to get what’s coming to him a lot of the time. In some instances he’s been the kind of guy that you might actually like in a movie but at the same time you get the feeling that he’s still going to turn and become the guy you just love to hate. It does seem like it’d be tough to live with such a role for so long but Bradley does it so well that trying to imagine him in anything else AS anyone else is kind of difficult. But thankfully, that seems to be where he shines the brightest since he’s created some very detestable characters that make the story a little better and help to let others shine.

For instance, one of his best pieces of work was as Eric in Billy Madison, as if a lot of us could forget.

Claire Spellberg from the Decider has even likened this character to some of the most notorious psychopaths in horror history since Eric is by far and large kind of a pain in the butt and also a bit TOO driven to be anything but a nut. But thankfully in a comedy like Billy Madison he’s the nut that doesn’t seem able to do much more than make a general nuisance of himself since his anger is so self-defeating and his ego is usually a big part of his downfall. That however is one of the best things about the character since he’s so undeniably beatable that watching him fall is kind of a pleasure since the movie sets him up specifically for that purpose. There’s no real defense for Eric, he’s a character that anyone could play since he has a map of how his rise and fall is supposed to go. But Bradley still knocked it out of the park eight ways from Sunday considering that he made a villain that people still remember to this day.

Here’s another one that’s a bit different but in a very interesting way.

Steve “Frosty” Weintraub from Collider makes it known that Dean from Get Out is a different breed of villain altogether. Unlike Eric, Dean is very quiet and reserved and doesn’t really broadcast what he’s all about. The method that he and his family use for spreading their own brand of wrongness and evil, which they don’t see as wrong in any way, is something that’s far more insidious and even creepier than anything Eric could ever do. But in some ways it’s a little more dignified as well as calming, but also infinitely deranged since the process is something that seems to go against human nature itself. And yet Bradley’s demeanor and reactions in this movie make his character seem like he’s just an ordinary guy that has a great deal of respect for himself, his family, and anyone and everyone else he meets. That’s the scary part of this movie, it’s built to appear normal on the outside, until you take a closer look and realize just how insane it really is just beneath the surface.

Then there’s this view of Bradley that’s not necessarily evil, but not all good either.

As one of the controllers that’s running the show in this movie, unbeknownst to the victims that are just trying to survive, he’s not necessarily a villain and yet he’s not the good guy. He’s just someone that’s doing his job, a middle-man of sorts that does what he’s told and not much else. His conscience is typically settled by little more than good company and the fact that things are going according to plan. Anything else is just details that will be ironed out eventually. Quite honestly this is the draw of Bradley Whitford since he’s the kind of guy that, looking at from the first get, you really don’t want to like since it’s possible you can remember him from various roles such as these where he was just a medium to horrible person when on screen. But when you take a step back and allow yourself to really look at the whole picture and what lies beyond it you can get a better sense of appreciation for what he does and why he’s one of the best supporting actors around, and that’s because he’s taking the metaphorical lumps that many supporting actors take throughout their careers and he’s doing it willingly since he knows he’s contributing to the overall effect.

This one is just for fun, but honestly it’s also one of his best appearances.

He’s one of the best that’s still out there and quite honestly it’ll be a sad day if he ever retires.

And let’s not forget he was in Revenge of the Nerds 2: Nerds in Paradise: