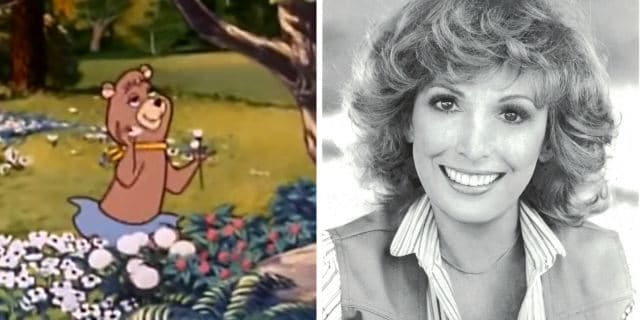 Julie Bennett is one of those actors that you might not have heard too much about apart from her voice roles, but who was treasured by a lot of those that knew her in the business and those that enjoyed her characters on screen. Cindy Bear from the Yogi the Bear shows was one of her most well-known contribution to the business, though if one reads her filmography she had a lot more talent than any person might have realized as she managed to work her way from the late 40s all the way to the year 2000 when she finally retired. Sadly, Julie passed away recently due to complications with the COVID-19 virus. She was 88 years of age and unfortunately as it’s been seen the elderly and the immune deficient among the population are the most at-risk for the disease, and several older celebrities have fallen to this virus in the past month or so. While people lament the fact that life has changed in so little time and we’re being denied the freedoms we usually take for granted, such as being able to go anywhere we want or do anything that comes to mind, it’s important to remember that the virus is impacting more than just those who aren’t as susceptible to complications from the virus and is taking from us many people that we thought might be around for some time to come.

Many actors that are primarily voice actors don’t always get the kind of attention that other celebrities do and it’s pretty typical since they don’t show their faces as much and people have to get use to hearing their characters’ voices instead of their own. Henry Hanks of CNN had more to say about this. Behind the scenes however they’re the ones helping to make said characters popular by coming up with one voice after another through a process that might be mind-numbing to some people but is highly experimental to said actors since finding that right voice is important for each character so that they don’t end up sounding exactly the same. It’s kind of a wonder why Julie never really found her way in front of the screen that often but it could have just been choice or perhaps something she’d grown used to since she was performing on the radio before TV became a huge thing across the country. Maybe it had something to do with her comfort zone when it came to acting, or maybe it was just a preference that people never knew about. In any case she contributed a huge portion of her life to show business by being a voice actor and at a time when Yogi Bear was a big draw for a lot of young kids she was one of the characters you don’t tend to hear about as much but was still there for a good part of the show.

A lot of people are likely going to have to go back and search for Julie to see just who she was and what she did and that’s not such a bad thing since it means that even if they didn’t know who she was they’re at least willing to look and find out. The idea of researching past actors is a positive thing since it reminds us that there were more than just the big stars that came before, in fact there was a vast array of people that have helped to make show business what it is throughout the years and a lot of them really don’t get enough credit. Even speaking her name is enough to make it possible for someone to think that they might want to look her up sometime and really understand what it was that she did and how she became a star in her own right. That alone is worth the effort of trying to get people to honor her memory in even a small way since otherwise she becomes another statistic in the long history of Hollywood, just as everyone does at some point. But taking the time to sit back, remember them, and what they did for the business is important sometimes and it can be highly interesting as well since one ends up learning more about the individual and their life than they would have ever known before.

Julie was a realtor at one point in her life but for most of it she was involved in show business as a voice actor, and earned a great number of credits as her filmography shows. There are likely to be a few people that will get hung up on the fact that she did pass on from complications due to COVID-19, but it’d be a much better idea to reflect on how she lived and what she did for the industry than to worry too much about how her life ended. Somehow, it just sounds more fitting.