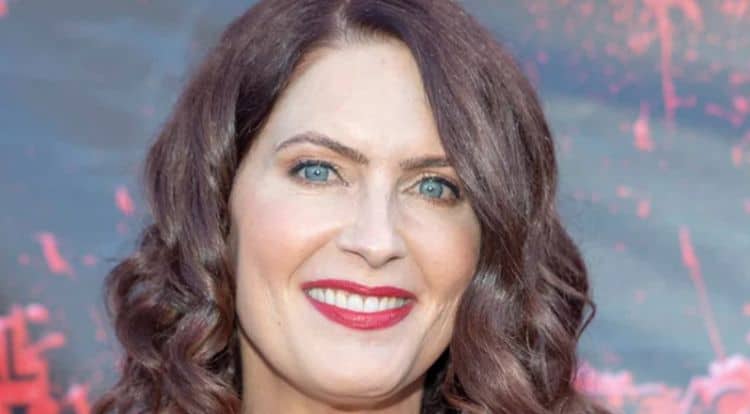 There’s a good reason why people shouldn’t look down on voice actors, and much of it has to do with the amount of work that some of them do when it comes to movies, TV shows, and video games. There are plenty of voice actors that don’t have an extensive list of gigs they’ve completed successfully, but Vanessa Marshall isn’t one of them since looking at her list of credits is simply amazing. The Princeton University graduate went on to learn different dialects at the New York University Tisch School of the Arts, where she was noticed and eventually guided to the work she’s been doing since around the mid-90s. So it’s fair to say that Vanessa has been doing this type of thing for a while, and has obviously been enjoying it if she’s still active. Looking over some of the voices she’s done its kind of impressive to think how much she’s moved around and how many different projects she’s taken on. A few of them are movies and shows that people might not have heard about that often, but she does have a lot of credits for DC, Marvel, and Star Wars.

One credit she has on her list of accomplished roles is that of Sweetie, a ship’s program from the movie Supernova. If you haven’t heard of it don’t worry too much, since the movie didn’t really go anywhere despite having moments that were kind of interesting and a cast that wasn’t too bad, since it starred James Spader, Angela Bassett, Lou Diamond Phillips, Peter Facinelli, Robin Tunney, and even the late Robert Forster. Vanessa’s part in this movie stretches from beginning to end, though there are large gaps between her role, so it’s likely that she might have been able to record her parts ahead of time in a day or less since she doesn’t have that many speaking lines. But it’s definitely cool to find out that she was part of a movie that, while not well-received, was still kind of interesting.

Between Disney, DC, Marvel, and Star Wars she’s taken on quite a few roles throughout the years and has stayed pretty busy since it would appear that she’s in demand when it comes to her voice. The ability to switch between dialects and make her voice sound so different from character to character is a skill that a lot of voice actors have and can use extensively. It is fair to say that the best among them are those that experiment with their voices quite often and aren’t really happy with something until they get it just the way they want. Being just a little bit of a damper here, if one listens to the actor speak often enough they can likely hear certain qualities of their voice in each role, but even doing this doesn’t make the actors that noticeable all the time since it’s likely that some actors can mimic each other, since plenty of them are that good. Many voice actors have made a decent to great living using their voice in this manner, and Vanessa is one of those that definitely found her niche and learned how to use it to her advantage.

One voice that a lot of people should recognize by name since she’s been using it for a while is Hera Syndulla. She’s used this voice in the animated Star Wars series and in a video game setting as well. In fact, she’s been using the voice of Hera in the current Disney+ show, The Bad Batch, and it’s a hope that Hera will be around for a little while longer and we’ll get to see her earlier years before she became a crack pilot. It’s amazing to see the faces of the people behind some of the most cherished characters in the franchises that people have come to value and love so much, and it’s fun to realize that they’re not bound to a single character, but are responsible for several of them, sometimes multiple characters in one show, which feels like it would be a lot to ask, but is possibly no more than to ask an actor to diversify just a bit to create another character.

To this date, Vanessa is obviously still working and is still using voices that she’s familiar with and new ones that she’s required to come up with for various shows and movies. There are still people out there who might think that it’s easy to come up with a new voice for a character, but the best way to convince anyone is to try it and remind them that it’s not as easy as it sounds. A lot of voice actors go through hours and hours of trying to modulate their voices to get the character they want. So to be certain, it is a job, but a fun job no doubt.