Home
Video Games
Arcadegeddon is Already The Most Fun Game on the Market, Despite Being in Early Access 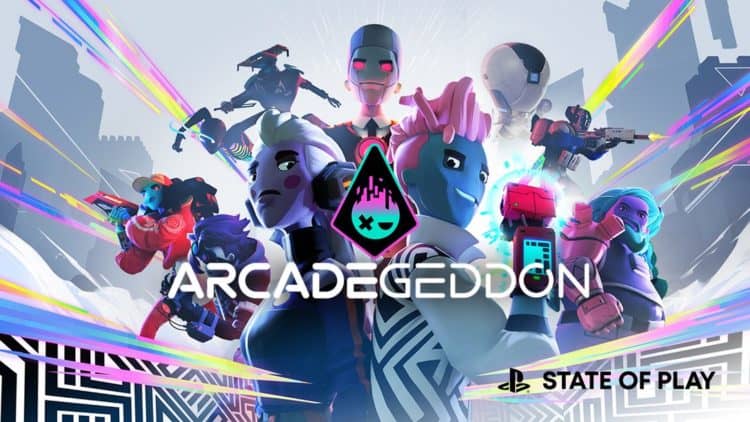 What do you do when you’re bored of the games you’re playing right now and want to play something a bit different? Reach out to Illfonic and get yourself an experience code to try out the brand new arcade shooter, Arcadegeddon (thanks, Illfonic!). This is the first game that Illfonic has ever published as an independent studio, and I have to say that they’ve knocked it out of the park already. Arcadegeddon isn’t even fully out yet, and will be in early access until 2022, but if it continues to play the way it plays now, I have a feeling that it’s going to be the next big thing. So, what exactly do you need to know about Illfonic’s first publishing venture, Arcadegeddon?

Arcadegeddon is definitely one of the most unique games that I’ve seen in a while; it is quite literally a game within a game. Gilly, the owner of a local arcade, is trying to save his business from a faceless mega corporation. To do so, he takes all the top arcade games and connects them all to make a super game, unfortunately, the mega corporation, Fun Fun Co. hacks the game and injects a virus. You and your friends need to save the game and the last hometown arcade. This ever-evolving multiplayer shooter allows you to play solo or with up to three friends to explore multiple biomes, mini-games, find hidden chests, and defeat numerous enemy types and boss levels. Arcadegeddon is a cooperative multiplayer experience that provides a mix of PVE and PVP experiences that allows for all different speeds of play. As you continue to play you can take on additional challenges from the local “gangs” that hangout in Gilly’s Arcade. These will earn you much more than street cred. Speaking of street cred, earn your spot on the leaderboards.

Arcadegeddon has a few different game modes available as of the launch of early access. There are both PvE and PvP modes for you to try, so let’s talk about some of them:

While there are only three biomes to start with in Arcadegeddon early access, I still find myself being able to just completely lose myself in the game and rack up points, challenges, and sweet new customization items for your character, Plug. Due to the nature of the game, you can spend as much or as little time in a single run as you’d like – provided you don’t die, of course – since you really just have to complete various challenges in a single run. However, my favorite thing about the game is that you can increase the difficulty of each stage by spending a bit of your collected points, which gives the game an added dose of challenge. There’s even a ton of awesome loot and weapons for you to choose from that can drop from chests throughout the various stages of the game, and it actually incentivizes players to switch up their choice of weaponry throughout a run.

As far as PvP goes, I haven’t actually been able to play any of these modes yet, but supposedly that’s because you aren’t actually able to use the battle mode machine while playing solo, which is the only way that I’ve been playing so far. I’ve seen a couple other people having this issue on Reddit, and it looks like battle mode is the only way to play PvP as of now.

Even though I haven’t been able to play the PvP portion of the game yet (again, I could be entirely wrong about this not being in the game, but I just can’t find it), the PvE side of things feels absolutely incredible. This is definitely some of the most fun that I’ve had in a long time, and it kind of feels like a better version of a Call of Duty Zombies-style horde mode game. Once Arcadegeddon releases in 2022, it will be available on PS5 and PC via the Epic Games Store, but Illfonic does say that they will be looking into other platforms at launch.