Home
Anime
Are We Ever Going to See a “No Game No Life” Season 2? 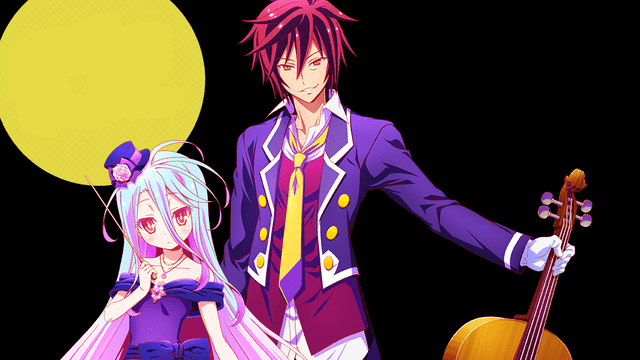 No Game No Life started out as a series of novels written by Yu Kamiya. There were nine novels all together, published between April 2012 and August 2016. Needless to say, the novels were quite popular, so much so that they were eventually adapted into an Anime miniseries for television. The series consisted of 12 episodes and was released in Japan in 2014, two years before the final novel was even published. That fact alone should attest to the popularity of the series. In addition, another adaptation was made for a movie called No Game No Life the Movie: Zero, which came out in 2017.

Since then, things have gone relatively quiet with the franchise. There hasn’t been a lot of talk about any additional novels or another movie and this has left a number of fans wondering if there would ever be a second season of the series. After all, the movie that came out in 2017 served as something of a prequel to a second season, leading fans to believe that there would indeed be another one that was forthcoming. However, as is usually the case, people start to grow more concerned after a certain amount of time passes and nothing really happens. So far, there hasn’t really been much news about a second season yet, but fans should take heart. That could be something that is about to change.

Right now, there is no definite information about a release date for season two. It’s all still being handled by Madhouse, the company responsible for releasing the first season. However, they don’t seem to be inclined to share much information when it comes to what season two of the series will look like or when it will be released. As a matter of fact, they haven’t even officially confirmed that there will be a season two. That being said, the movie that was released last year virtually guarantees that they were already planning a second season when they made the movie because of the way it’s set up. As previously mentioned, the movie was designed to serve as a prequel to a second season so it doesn’t make any sense that they would have decided to make the movie if they hadn’t been planning on following it up with a second season of the series.

That doesn’t help a lot of fans who are frustrated with waiting in order to see what will ultimately happen. Unfortunately, that seems to be all many people can do right now because Madhouse is simply not giving up any information about the project. This has a lot of people confused because they can’t understand why the company won’t simply provide the information in question.

In reality, there may be a couple of reasons for that. One of them is that the company has been rather busy as of late, mainly working on side stories that involve some of the same characters that show up in No Game No Life, as well as releasing the main series in the United States. All of that has been going a lot slower than what they had initially thought, as it’s all being adapted from novels as well. While it’s impossible to confirm or deny whether this has any real bearing on their lack of punctuation with regard to season two, it could very well be as simple as the fact that they’re too busy to take on yet another major project at this time.

It’s actually a lot more likely that they just want to build up some anticipation for the next season and what better way to do it then to keep a tight lip on everything and wait a little bit longer than usual to release something? Clearly, this has people talking and that’s exactly what they want. This is a way that they can virtually guarantee that people will tune in once the season finally is released and it gives them an opportunity to enjoy better ratings, thanks to creating so much excitement and mysticism surrounding the show in the first place.

If that’s what they’re up to, they certainly wouldn’t be the first company to generate excitement about a television show or a movie by using this exact same tactic. It’s actually one that’s employed on a regular basis and it’s quite effective in almost every situation. For now, the only thing that fans do know for sure is that they will have to wait until more information is released. At the moment, there’s no guarantee how long that will be.