Home
TV News
Are We Ever Going To See a Victoria Season 4? 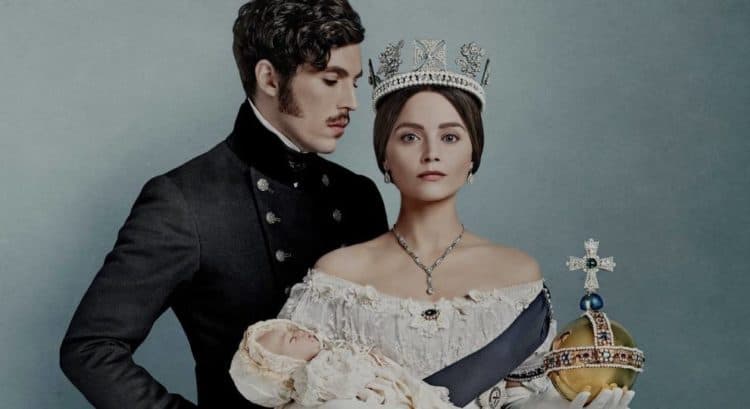 Fans of the hit PBS series Victoria have devoured everything that the show’s producers have thrown at them so far, including three seasons of drama, angst and turmoil. Recently, the question came up about whether or not the show would actually continue for a fourth season. As a matter of fact, this has been an ongoing conversation that fans have been wondering about for some time now. It’s easy to understand why so many people have questions, especially when you consider the fact that most production schedules are still being widely affected by COVID-19. While some shows are on hiatus, the future of others is seriously in doubt. Apparently, a number of fans have become concerned that the future of this particular show isn’t as secure as they would like to believe it is.

Why Fans Love the Show

It’s easy to understand why fans love the show as much as they do. It has a little bit of everything for everyone. Some consider it to be very much a period drama while others feel like a bit more creative license has been taken. Either way, it makes for a good story. People seem to have a natural inclination to want to know more about the life and times of individuals like Queen Victoria. After all, these are the people that students read about in their history books. They study the high points and low points of their lives. Therefore, it only makes sense that they would want to know more about them, but in a way that genuinely brings those characters to life. The PBS show certainly has accomplished that, and there are few individuals that would argue with that assumption. Furthermore, there is no shortage of material. In fact, even the actress that plays Victoria, Jenna Coleman, has suggested that there is more than enough material for her to continue playing this role for the next 30 to 40 years. Her biggest concern is that there is too much material to be covered. In her eyes, this necessitates the producers of the show to carefully pick and choose the timelines that they want to cover, as it simply isn’t practical to start at the beginning and go in chronological order.

Despite all of this information, any news about a fourth season of the show has been almost nonexistent. In fact, there hasn’t been any news whatsoever aside from Coleman herself telling the Mirror that she has been in talks with executives from the show in regards to moving on with the fourth season. She also mentioned the same thing on a recent appearance of The Graham Norton Show. It seems like even Coleman herself isn’t entirely certain about exactly when a fourth season is going to happen. She says that she is in talks and they are discussing moving forward as well as the timeline of shooting a fourth season, but that is all the information that she shared. Clearly, things are still in the early stages or she has been specifically told by the producers of the show not to share anything further in a public manner, at least not yet. Either way, fans aren’t likely to get any answers about exactly when the fourth season is going to start shooting any time in the near future.

The only thing that Coleman has confirmed with any level of certainty is that the show is currently on hiatus. What she didn’t do was elaborate how long that hiatus was likely to last. In fact, it’s not even well understood whether or not she herself knows. One of the things that is likely being discussed is how long she will continue in her current role. She has mentioned several times over the course of the previous three seasons that it will be almost impossible for her to continue in the role indefinitely because of the way that the timeline is handled in the show. Effectively, she would end up having to wear a lot of prosthetics to look much older than she is in order for them to continue too far beyond the fourth season. She hasn’t mentioned whether or not she’s even willing to do that, but it is something that a lot of actors aren’t terribly fond of doing. This is especially true when filming a television show, as the schedule is often much more rigorous than when shooting a film.

There has been talk for some time that the show’s producers may end up doing what a similar period drama, The Crown, does. In that show, actors are replaced every couple of seasons in order to allow the story to progress. Instead of putting actors in prosthetics to make them look older, they simply recast the parts. That is a possibility here and it’s probably one of the things that they are working out behind the scenes. In fact, it may have a lot to do with why there has been so little news for such a long time about the fourth season.

At the moment, fans are simply going to have to wait and see what happens. That’s not always the easiest thing to do, especially when it’s something that you are genuinely excited about. That said, there hasn’t been a lot of news forthcoming in some time. That’s probably why fans got as excited as they did when Coleman commented on the fact that she was at least talking to producers behind the scenes. That little bit of news is the first thing that has been said about the show in years. When you consider the fact that it’s been more than two years since the last show aired, it’s understandable why genuine fans of the show are chomping at the bit to get any piece of information they can.