Home
Movies
Are We Going to See a Fourth Austin Powers?
Prev Article Next Article 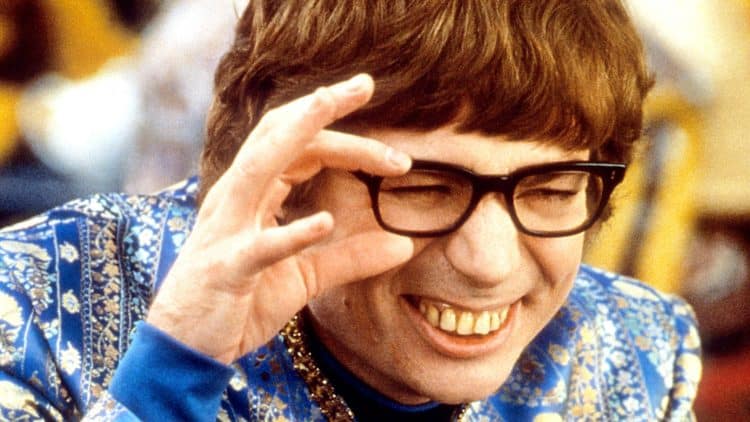 Matt Joseph of We Got This Covered says it pretty well when he states that an Austin Powers movie would bring up a great deal of nostalgia, but that’s about all it would be likely to bring since toning it down for this day and age, which would unfortunately be likely, would strip a lot of the charm and appeal from the movie that made the initial three so great. Back in the 90s and 2000s these movies were still allowable since the PC era was here but it hadn’t hit the point that it’s at now and people hadn’t grown so seriously over-sensitive. Bringing back Austin Powers in this day and age would likely meet with a lot of resistance unless Myers was willing to tone down a huge amount of the content and go as PC as possible to appease the many individuals that happen to think that the humor inherent in movies from the 80s and later is something that’s best avoided at all costs. Sadly that could keep a fourth Austin Powers movie as little more than an idle mention at best no matter that it’s one that the director of said movies is willing to revisit if Mike Myers was willing to make a comeback. At this point a lot of fans might just say ‘nah, we’re good’.

The spoof movies were great when they first came out since as I mentioned the sensitivity of the average moviegoer was still dialed way down and a lot of jokes and gags were able to go by without people raising a social panic alarm at the mere mention of genitalia or anything they perceived as being wrong. The simple line ‘She’s not your mother she’s a MAN baby!” would likely offend a large number of people these days given that gender has been such a hot-button issue throughout the years. Back in the day people still had their triggers and some folks flew off the hook at the mildest joke while others had a great sense of humor and could laugh at just about anything. These days, well, it’s not quite the same. People tend to walk on eggshells a lot when they speak to each other and each movie that comes out makes people wonder if there’s going to be a protest group waiting in the wings to claim that the movie offends them because it marginalizes one group or another. That’s the reality now and as much as it bites it’s what we deal with, and a big reason why a fourth Austin Power movie just wouldn’t be a good idea.

If you remember laughing until you cried at these movies then you remember why since the humor was crude, based on physical gags a lot of the time, and didn’t hold back since Myers was a master of getting people to laugh over and over at various jokes that were told repeatedly but in a fashion that was still equally funny each and every time. Comedians just can’t do that these days unfortunately, though we are expected to accept movies that somehow cross the lines that we’re told to stay away from so long as they’re ‘artistic’ and well-directed. Yeah, it’s a bit confusing at times thanks to those that want people to walk and pay attention to every little part of the world around them rather than run and insure that they simply enjoy life. On top of that however there’s the idea that Austin Powers is a character that had his time and made the most of it and did it well enough that we can still recall the movies with a smile and a lot of laughs. What the next movie might even be about is kind of problematic as everyone’s getting older at this point, even Myers, and it would likely need to be the last. David Reddish of Looper has more to offer on this subject.

Verne Troyer wouldn’t be a part of it as he passed away in April of 2018, which means that Mini-Me, one of the most well-known characters in the series, would need a suitable reason for being absent since replacing him doesn’t sound as though it would be accepted by many, if any, of the more diehard fans. Then there’s the idea of how many characters we’d be seeing this time, or if Myers would retire Fat Bastard and Goldmember and just stick to Dr. Evil and Austin as he did in the first movie. It’s also hard to say just who would serve as his costar since we’ve seen Elizabeth Hurley, Heather Graham, and Beyonce take to the screen in said roles. All in all it just feels like a big mass of confusion that’s already being hamstrung by an oversensitive era that wouldn’t allow the same kind of shenanigans that we enjoyed so much in the past three movies.