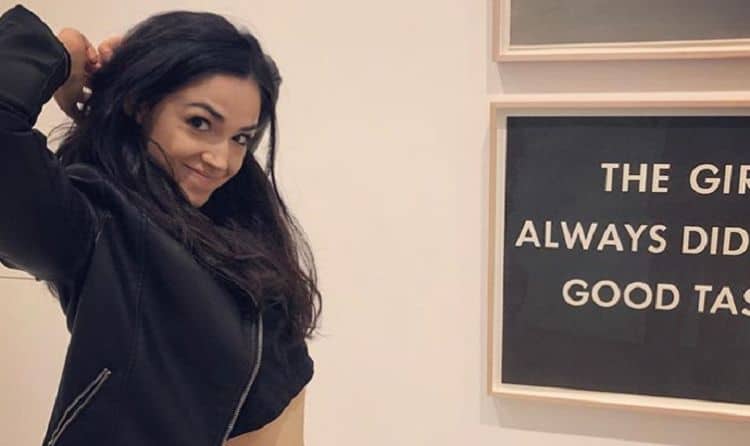 Ariana Guerra may not be a name you’re familiar with, but she’s working hard to make sure that isn’t always the case. She made her acting debut in 2013 and has been working her way up ever since. She currently has almost two dozen on screen credits and she’s made appearances in shows like Nashville and Dynasty. However, it looks like her big break is almost here. She will have a main role in the upcoming Hulu series, Helstrom. The role will give her a chance to show her stuff in front of a wider audience, and it’ll prove just how talented she is. If you’re not familiar with her yet, but is the perfect time to see what she’s all about. Keep reading for  10 things you didn’t know about Ariana Guerra.

1. She Studied At The New York Conservatory for Dramatic Arts and Film

Ariana is the type of actress who believes in continuing education. She began her studies at the New York Conservatory for Dramatic Arts and Film. However, she didn’t stop there. She continues to take various classes on a regular basis to keep her skills as sharp as possible.

Ariana may not consider herself an activist, but she certainly is one. Not only does she speak out for the causes that she believes in, but she also shares resources with others so they can educate themselves on various issues. She is a strong supporter of the Black Lives Matter Movement as well as issues that impact women and the Latinx community.

Although she’s been in the industry for nearly a decade, Ariana hasn’t gotten caught up in the hype. While some actors are prone to oversharing every little detail about their personal life, that isn’t the case with Ariana. She actually prefers to stay pretty low key and keep things to herself.

Acting is Ariana’s primary focus, but she also has an interest in music as a form of self expression. In January 2019, she shared a sweet message on Instagram in honor of her 25th birthday. In the post, she shared that she had written and recorded a rap song. Initially, the song was in her bio but it has since been removed so we were unable to track it down. However, she did hint that there’s a possibility she may make other songs in the future.

5. Her Journey Hasn’t Been Easy

The acting industry is notoriously competitive. There aren’t a lot of jobs in the grand scheme of things, and this results in most people having to deal with a lot of rejection. While on the journey of her career, Ariana has had to face a lot of these rejection head on. In the post for her 25th birthday she admits that the road hasn’t always been fun or glamorous.

Even though things in Ariana’s professional life haven’t always been stable, it looks like it’s been a different story for her romantic life. She is in a happy relationship with a man named Julian Martinez. The couple has been together for years and they appear to be going strong. It’s unclear what Julian does, but he definitely doesn’t work in entertainment.

7. She Attended The University Of Texas

Prior to attended the New York Conservatory for Dramatic Arts and Film, Ariana was a student at the University of Texas. There’s no information on when she attended or what she majored in. However, judging by by her age, she likely graduated some time around 2016.

Ariana comes from a very big and close knit family and maintaining those bonds is important to her. Through the ups and downs of her career, she’s been able to lean on her loved ones for support. Her family still lives in Texas, but she goes home to spend time with them whenever she gets the chance.

Ariana is a big fan of singer and actress, Janelle Monae. In 2018 she attended one of Monae’s concerts and got the chance to meet her after the show. She described the concert as the greatest ever. If you’re not familiar with Janelle Monae’s work, she is responsible for songs like “Tightrope” and “Electric Lady”.

10. She’s Proud Of Her Culture

Ariana is Mexican-American and proud of it. Although it appears that she was born in Texas, she is still closely connected to her Mexican roots. She even appeared in a Spanish short film in 2015 called Ana con Elisio. Ariana is also a strong advocate for issues that impact her community.