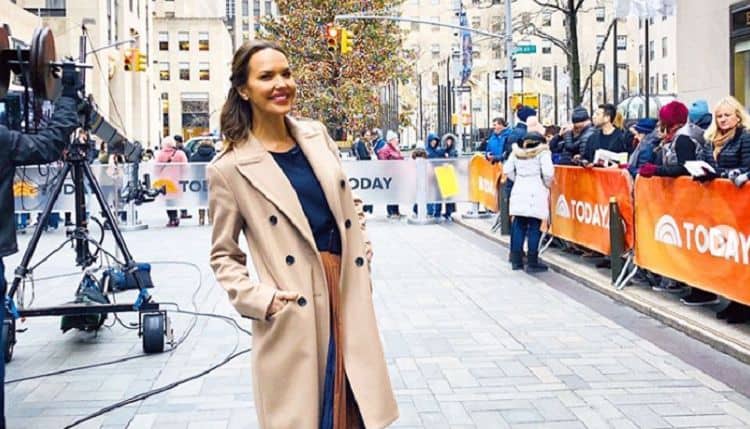 Arielle Kebbel is an American actress. Generally speaking, people will recognize her because of her roles on TV shows such as Gilmore Girls and The Vampire Diaries. However, she has shown up in a wide range of other projects as well. Here are 10 things that you may or may not have known about Arielle Kebbel:

Kebbel was born in a place called Winter Park, FL. For those who are curious, it is one of the suburbs in the Orlando metropolitan area. The name of Winter Park is no coincidence, seeing as how it was founded as a resort community by rich and powerful business people from the North in the late 19th and early 20th centuries.

2. Started Out As a Model Before Becoming an Actress

It is interesting to note that Kebbel started out as a model before she went on to become an actress. It seems safe to say that she was pretty successful in her earlier career, seeing as how she has been featured in high-profile publications such as FHM and Men’s Health.

3. Got Her First Role on Gilmore Girls

There are some actors and actresses who struggle for a while before getting their first role. In contrast, Kebbel managed to get her first role on Gilmore Girls within a single week of her moving to Los Angeles. For those who are curious, she played a recurring character named Lindsay Lister, who was a teenage girl of about the same age as the main character Rory Gilmore. Said character got caught up in Rory’s love life by dating Dean Forester following their break-up, thus resulting in a relationship that was serious enough for Lindsay and Dean to get married. Unfortunately, it wasn’t a particularly long-lasting marriage because the two divorced when Lindsay caught Dean cheating on her with Rory.

Speaking of which, Kebbel managed to get her film debut in 2004. In short, she played a supporting character named Heather Hunkee in a hip-hop comedy movie called Soul Plane. Said movie is centered on a man named Nashawn Wade who has a horrible experience with an airline, so much so that he manages to get awarded $100 million because of it. As a result, he decides that he wants to start up his own airline, which will cater to African Americans as well as hip-hop culture. Unsurprisingly, this is much easier said than done, thus resulting in plenty of shenanigans over the course of the movie.

5. Played the Villain in Aquamarine

In 2006, Kebbel played the villain named Cecilia Banks in Aquamarine, which managed to secure a fair measure of success. Said movie is centered on the character of the same name, a mermaid who is seeking to make a handsome lifeguard fall in love with her with some help from human teenagers so that she can prove the existence of love, thus saving her from having to get married to someone she doesn’t know. The plan fails, though less because of the villain’s efforts than because true romantic love isn’t that easy to come by. However, Aquamarine manages to escape her unwanted marriage anyways because the platonic love between friends counts for the same purpose.

6. Played One of the Main Characters in The Grudge 2

Kebbel had a relatively important role on Ballers. The main character of the show is a retired football player turned financial manager for current football players named Spencer Strasmore. Kebbel played a local sportscaster named Tracy Legette who is in a relationship with Strasmore.

8. Main Role On Lincoln Rhyme: Hunt For the Bone Collector

Currently, Kebbel has one of the main roles on Lincoln Rhyme: Hunt For the Bone Collector. This is a crime drama in which the titular character suffered serious injuries while working as a forensic criminologist, with the result that he has been rendered paraplegic. However, that doesn’t stop him from working with Kebbel’s character – a young NYPD officer – to solve various crimes. Together, the two seek to hunt down an infamous serial killer nicknamed the Bone Collector, thus explaining the name of the show. Presumably, that will serve as the show’s overarching narrative, while less notorious cases and criminals will serve to fill in the spaces between that narrative. However, only time can tell exactly how the people behind the show will keep the audience engaged while still keeping the show running. For that matter, only time can tell how the show will fare because it has just started up.

9. Has a Couple of Siblings

In total, Kebbel has two siblings. One is a brother named Christian, while the other is a sister named Julia. It should be mentioned that Julia went missing for a period of two weeks in 2018. Fortunately, she was found, having been affected by an episode of bipolar disorder. For those who are unfamiliar, bipolar disorder is a mental health condition that causes extreme mood swings from emotional highs to emotional lows. Some sufferers experience them on a relatively rare basis. In contrast, other sufferers can experience them multiple times in a single year.

Kebbel has been known to support a nonprofit called Reach Back Los Angeles. Said nonprofit exists to provide an environment for at-risk youth as well as at-risk young adults in which they can continue to learn as well as otherwise develop themselves. As such, Reach Back Los Angeles runs a wide range of programs with examples including but not limited to fitness programs, arts education, health education, and college prep.